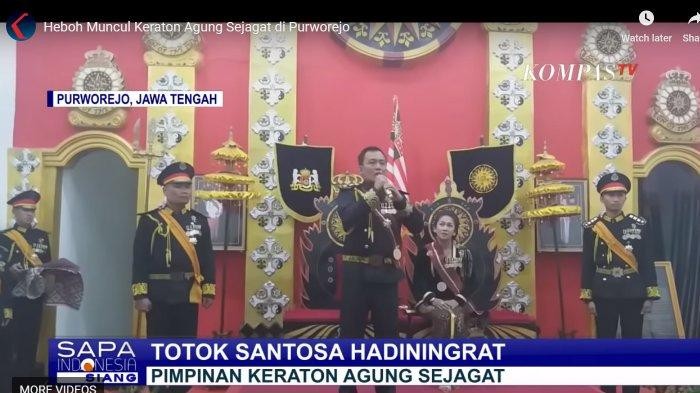 Purworejo man declares his kingdom 'mother of all states'

Totok Santosa Hadiningrat, a resident of Purworejo in Central Java, has declared himself king of Keraton Agung Sejagat (The World Empire), which he claims to be the "mother of all states."

"We announce to the world that Keraton Agung Sejagat is the mother of all kingdoms, states, tribunes and colonies in this world. We declare that it will be a peacemaker for all the conflicts that are occurring all over the world," he said as reported by Kompas TV.