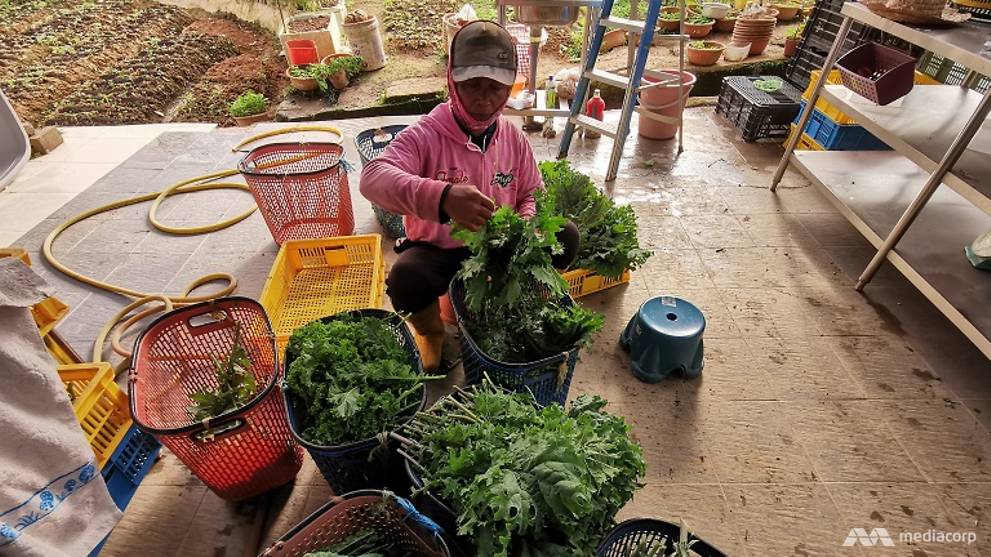 Vegetables in Singapore could get costlier in the coming days, as farms grapple with high demand and unpredictable weather.

Vegetables are packed for transport to Singapore for 3-4 times a week at most farms. (Photo: Amir Yusof)

CAMERON HIGHLANDS: His shoulders and knees were aching, but Mr Ooi In Kun still managed a wry smile as he plucked scallions from the ground.

His breathing was fast and he was perspiring, despite the cool 22 degrees Celsius temperature.

The 60-year-old, who operates a small farm outside his wooden house in Habu, Cameron Highlands, was rushing to pack a shipment of vegetables that would be sent to Singapore that same evening.

“We are rushing a bit because people are starting to prepare for Chinese New Year, we have requests for more quantity,” said Mr Ooi in Malay.

Mr Ooi, like many farmers in Cameron Highlands, are stepping up efforts to meet high demand in the lead up to the Chinese New Year period, especially from Singapore. Prices of vegetables are expected to increase due to a gap in the supply chain.

Mr Ooi In Kun does not have any plastic shelter for his crops, making them vulnerable to poor weather conditions. (Photo: Amir Yusof)

However, the spike in demand has placed a strain on some farmers like Mr Ooi, who has no employees and operates the entire farm with just his wife.