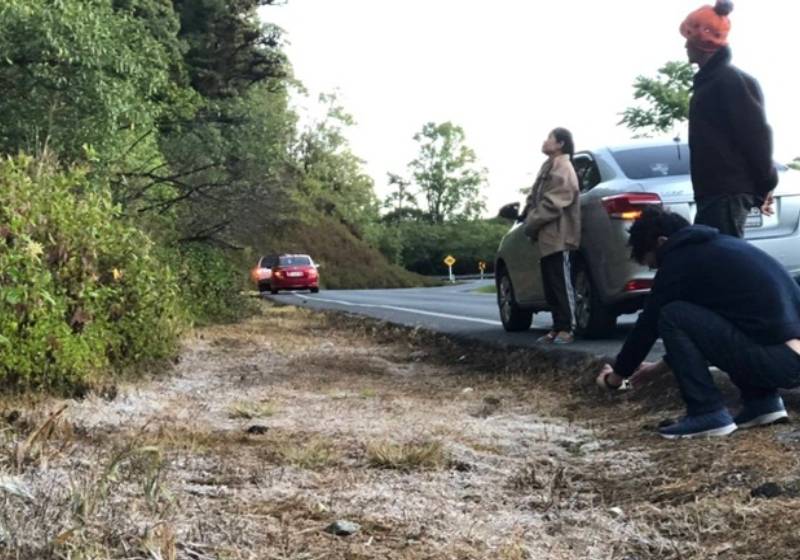 There've been chilly mornings in Chiang Mai since the weekend, with the temperature averaging 14-20 deg C and never rising beyond 36.

At the lofty Kew Mae Pan Viewpoint on Doi Inthanon, though, the early-morning temperature last Sunday was a mere 1 deg C.

The result was a carpet of frost - the frozen dew known in the North as "mei kab".

At the peak of the mountain it was a relatively balmy 5 deg C.