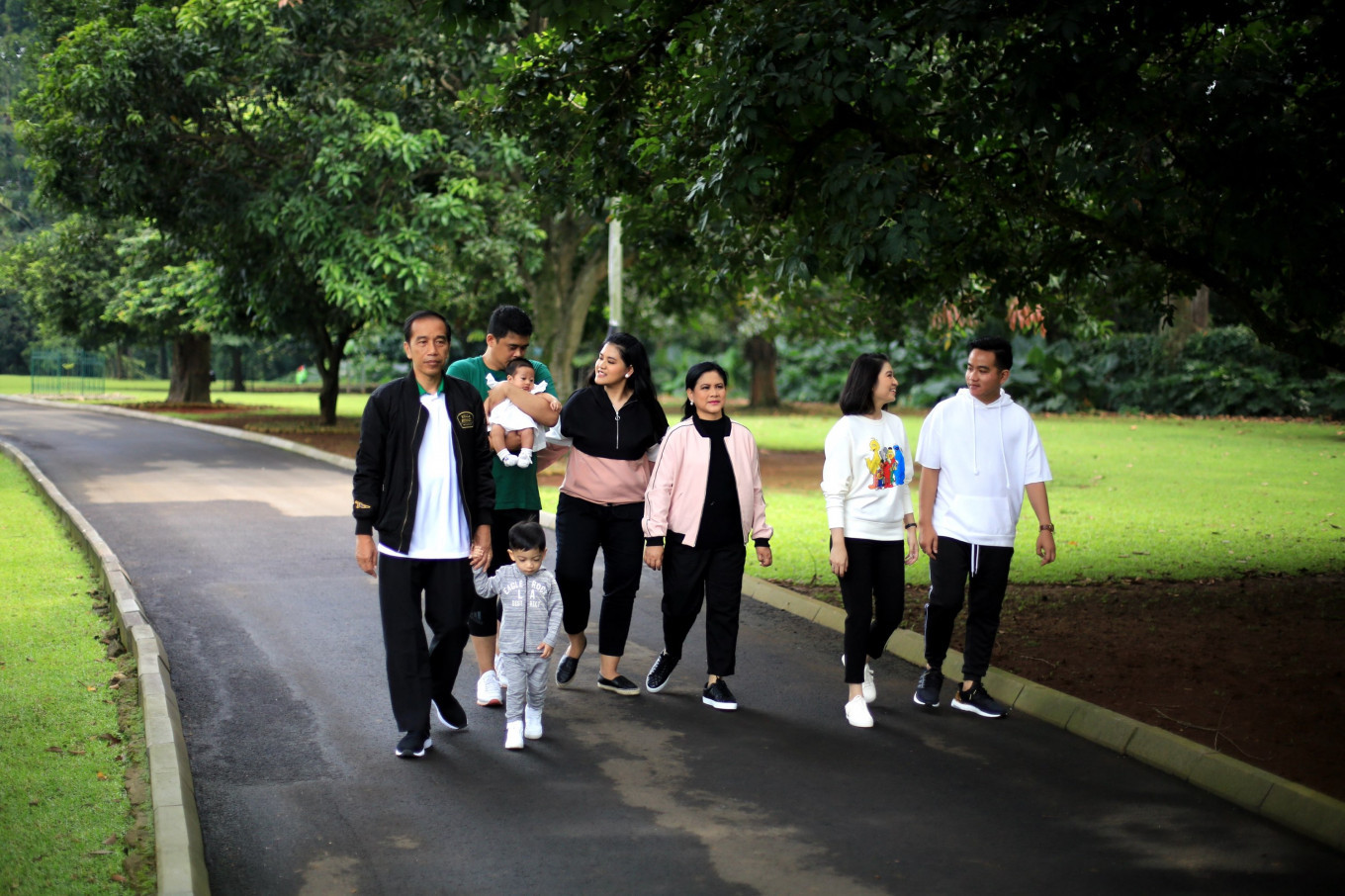 Jokowi vows he 'won't be campaigning' for son, son-in-law in upcoming mayoral races

With his eldest son and son-in-law running in mayoral races this year, President Joko “Jokowi” Widodo has ensured the public that he will not be campaigning for them, citing his workload.

"This is a competition. In every competition they can win or lose. I won't be campaigning [for them]," Jokowi told reporters at the Merdeka Palace in Jakarta on Friday, citing that he had a lot of work to do.