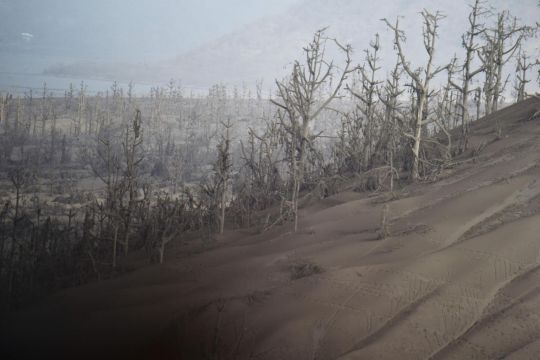 Signs of life at 'no-man's land' around Philippine volcano

TAAL, Philippines - A desolate landscape of ash dunes and bare trees left by the eruption of the Philippines' Taal volcano lay in contrast with a few signs of life at ground zero of the disaster on Tuesday (Jan 21).

The island site was buried by massive deposits of ash when Taal erupted last week and remains under a mandatory evacuation order due to a feared bigger blast.

Yet about a dozen white cows milled near dust-blanketed homes, and several brightly coloured boats were docked at the shore on Tuesday, according to an AFP reporter taken on a rare military flight around the area.