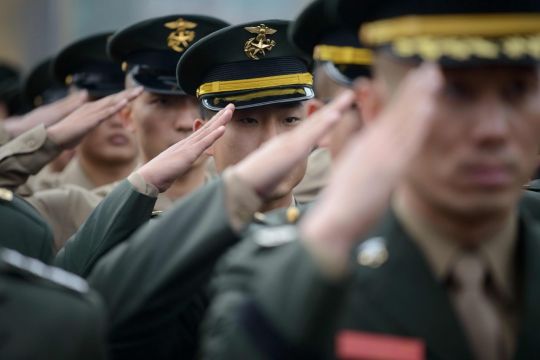 SEOUL - A transgender soldier who enlisted as a man and underwent a sex change last year will be discharged from South Korea's army, with the military saying on Wednesday (Jan 22) she had violated regulations.

The country remains deeply conservative about matters of sexual identity and is less tolerant of LGBT rights than some other parts of Asia, with many gay and transgender Koreans living largely under the radar.

The soldier - a staff sergeant in her 20s whose name has been withheld - voluntarily enlisted before having gender-reassignment surgery in November in Thailand.