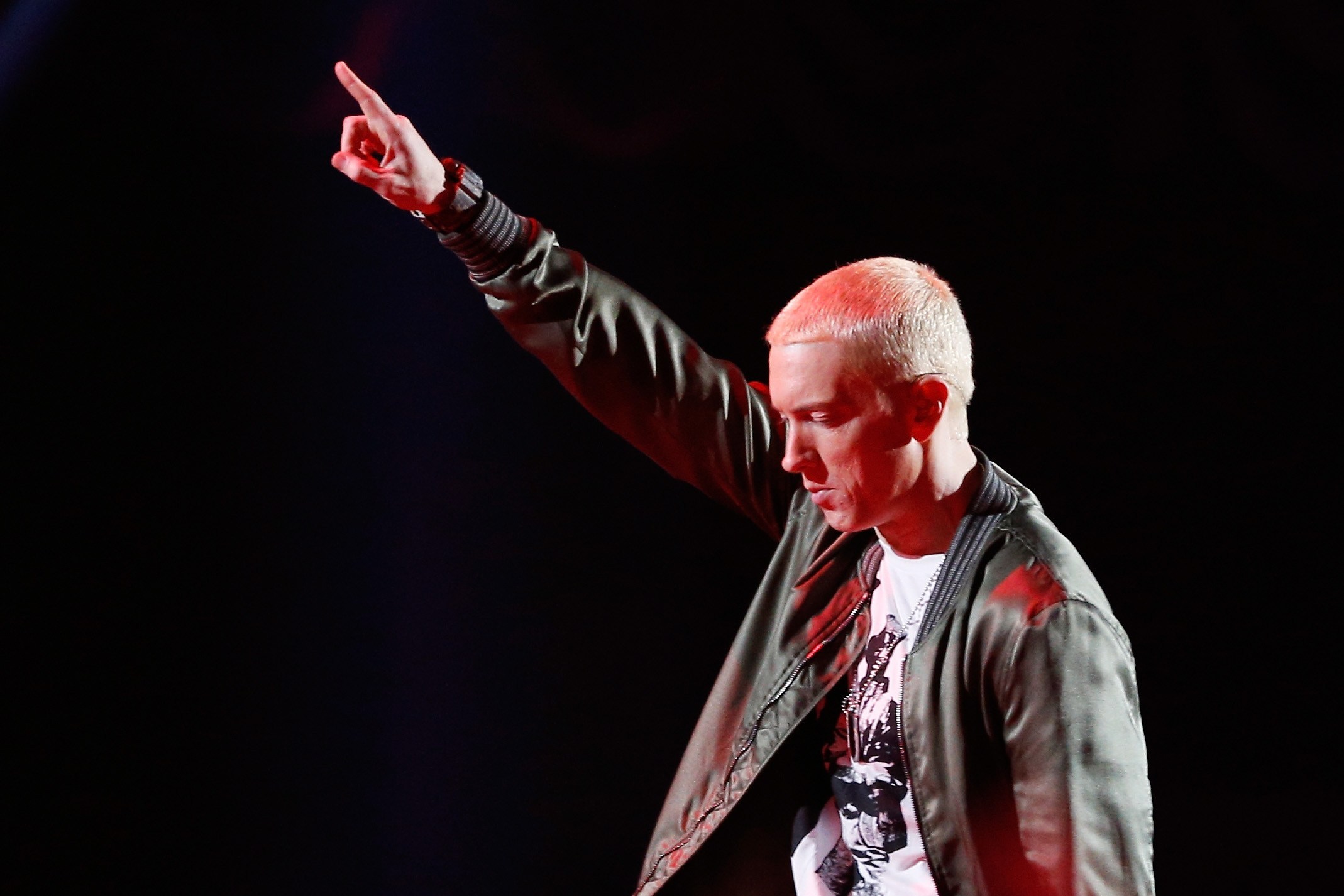 He spoke out on the controversial record (Picture: Getty Images for MTV)

Eminem has defended his controversial album Music To Be Murdered By after facing major backlash.