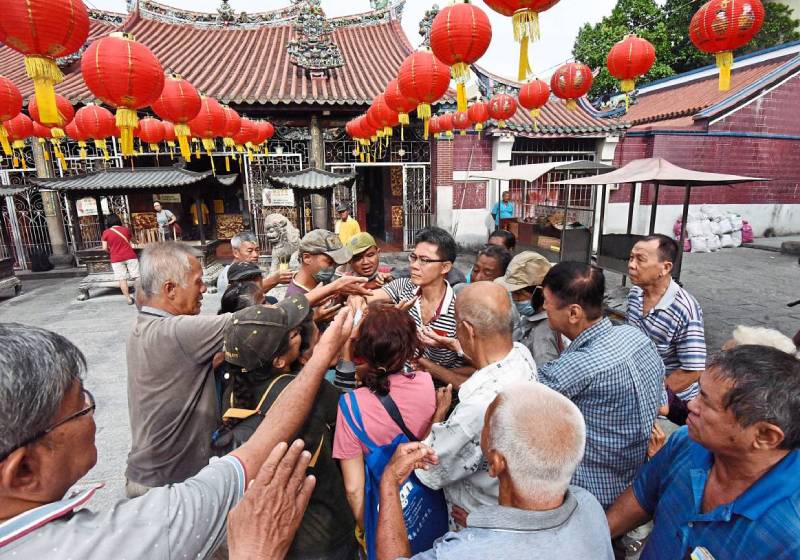 GEORGE TOWN - A kind soul experienced the ugly side of being charitable during his annual trip to the Goddess of Mercy Temple.

After prayers, the man who wanted to be known only as Sam, 50, took out a wad of RM1(S$0.33) notes and started giving it to the tens of people begging along Jalan Masjid Kapitan Keling.

He ended up mobbed by them as they surrounded and jostled to get his money.

"I was taken aback as the crowd started getting aggressive after they saw that I was distributing money.