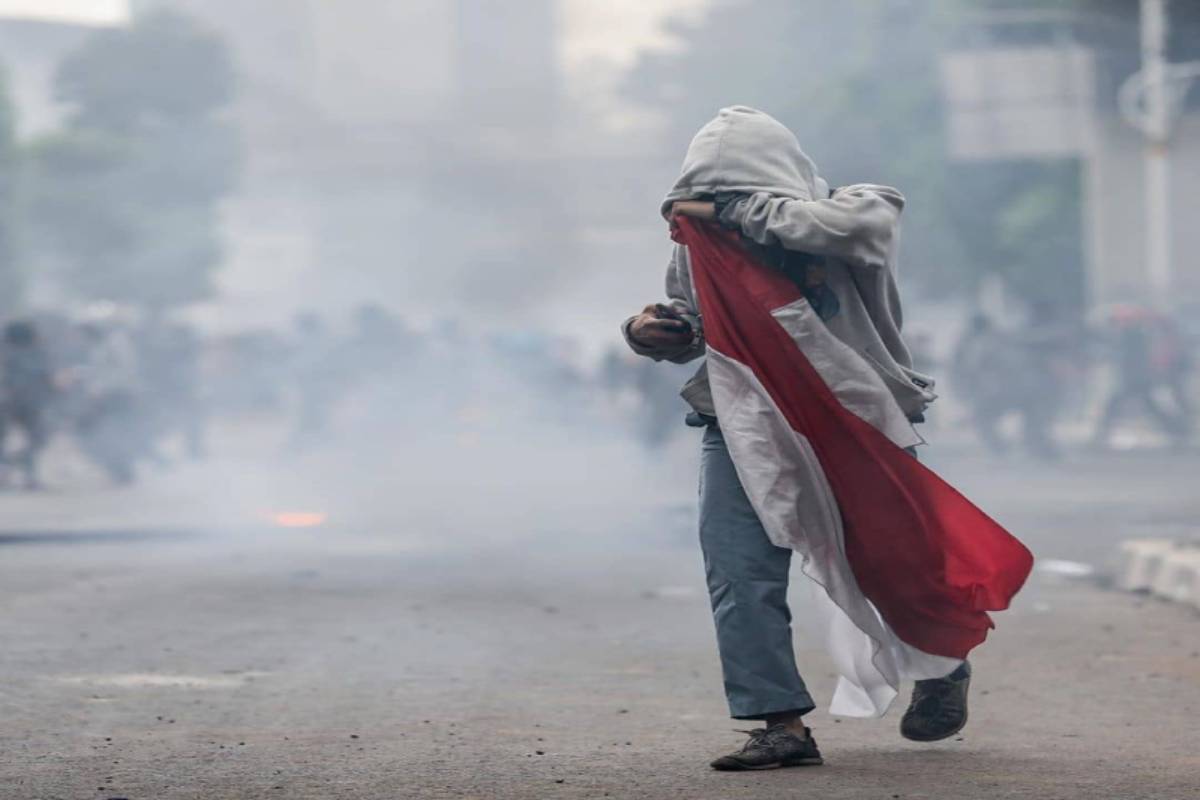 The Central Jakarta District Court sentenced 20-year-old Luthfi Alfiandi, whose photo clutching an Indonesian flag to his face has become an emblem of the student protests against controversial legal amendments, to four months of imprisonment on Thursday.

The bench found Luthfi guilty of violating Article 218 of the Criminal Code for failing to comply with police orders more than three times during a riot following student protests in September last year.

Prosecutors had indicted him of attacking police officers by throwing stones.