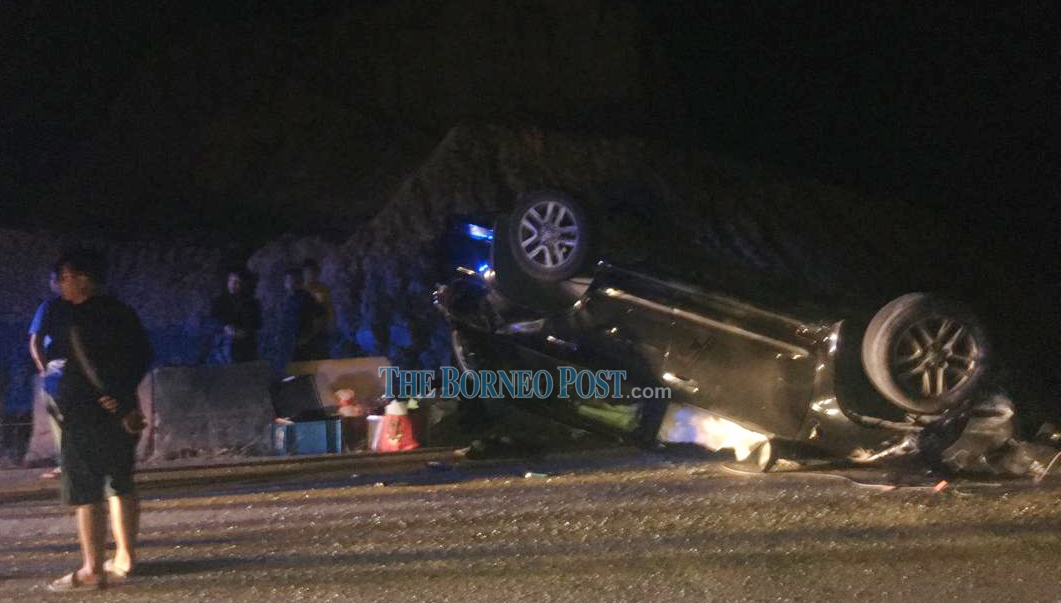 MIRI: A state assemblyman and two members of the media survived unscathed after they were involved in an accident while travelling in a sports utility vehicle (SUV) that overturned after it hit a concrete barrier.

Their vehicle was traveling from the town of Long Lama to the city centre at around 12.25am in the wee hours today (Feb 1) when the mishap occurred at Bukit Song along Jalan Lambir-Miri here.

The driver was said to have lost control of the vehicle and crashed into the road barrier, landing on the side of the road.