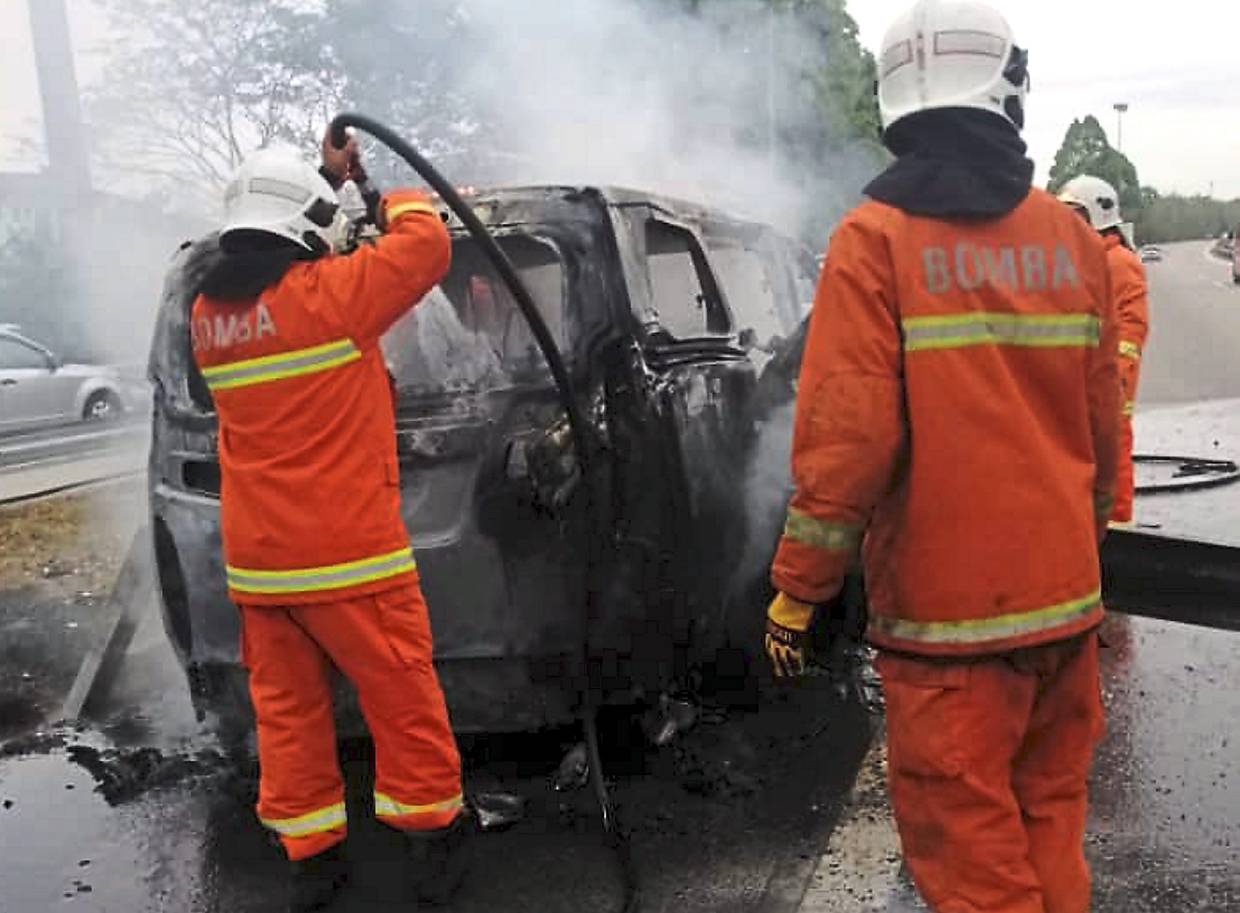 A father and his daughter were killed while the mother escaped unhurt when the car the family were travelling in crashed into a road divider near Kepala Batas here of the North-South Expressway heading towards the north.

The deceased identified as Yeap Boon Kwan, 23, and his daughter Yeap Jing Xuan, three, were trapped inside the burning car while Yeap's wife Chan Sin Yee, 29, was unhurt in the 10am incident yesterday.