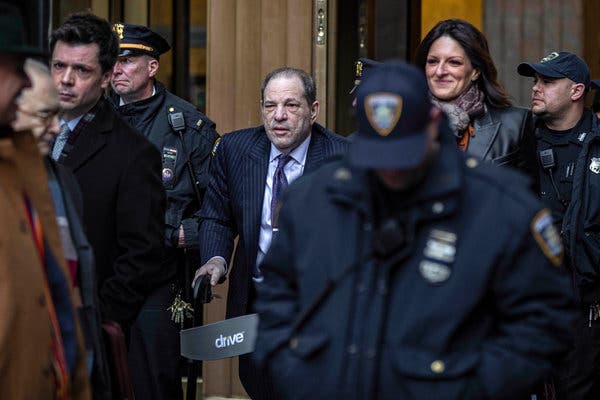 [Want to get New York Today by email? Here’s the sign-up.]

Weather: Sunny, with a high in the mid-30s, but wind chill will make it seem like the 20s. Warmer air moves in this weekend.

After listening to weeks of testimony, the jury in Harvey Weinstein’s rape trial began deliberations this week. For reporters, as well as stakeholders in the case, the waiting began.

By yesterday afternoon, the jury of seven men and five women had not reached a decision.

Mr. Weinstein, 67, has pleaded not guilty in State Supreme Court in Manhattan to five felony counts, including two charges of predatory sexual assault.

Though six women testified at the trial, the charges hinge on allegations made by two women, Jessica Mann and Miriam Haley. In deciding the predatory sexual assault charges, however, the jury was asked to consider the testimony of the actress Annabella Sciorra, who said Mr. Weinstein raped her in the early 1990s. (Her accusation is too old to qualify as a crime under state law.)

Mr. Weinstein’s lawyers say that the encounters between their client and his accusers were consensual, and that the women used him to advance their careers.