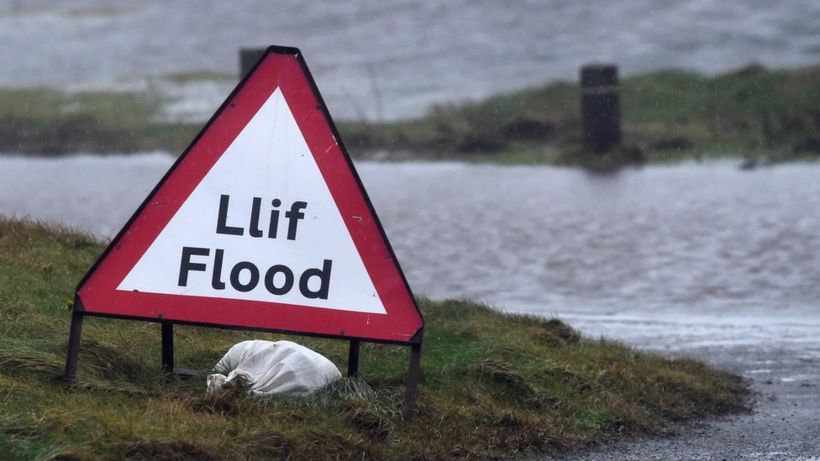 Firefighters had to rescue four people from flood water when the two cars they were in got stuck.

Part of the A470 at Dolgellau, Gwynedd, has been shut since the two cars got stuck at about 04:05 GMT.

A number of roads remain closed due to flooding across Wales, according to Traffic Wales.

There is a Met Office yellow warning in place for further rain in mid and south Wales on Sunday between 03:00 and 15:00 GMT.

It said the rain could be "especially persistent" in areas "currently saturated and highly sensitive to further rainfall".

Prince Charles met flood victims and their rescuers during a visit to Pontypridd on Friday.

Storm Dennis hit more than 1,000 homes and businesses in Rhondda Cynon Taff and damage to council infrastructure could cost up to £30m, according to council leader Andrew Morgan.