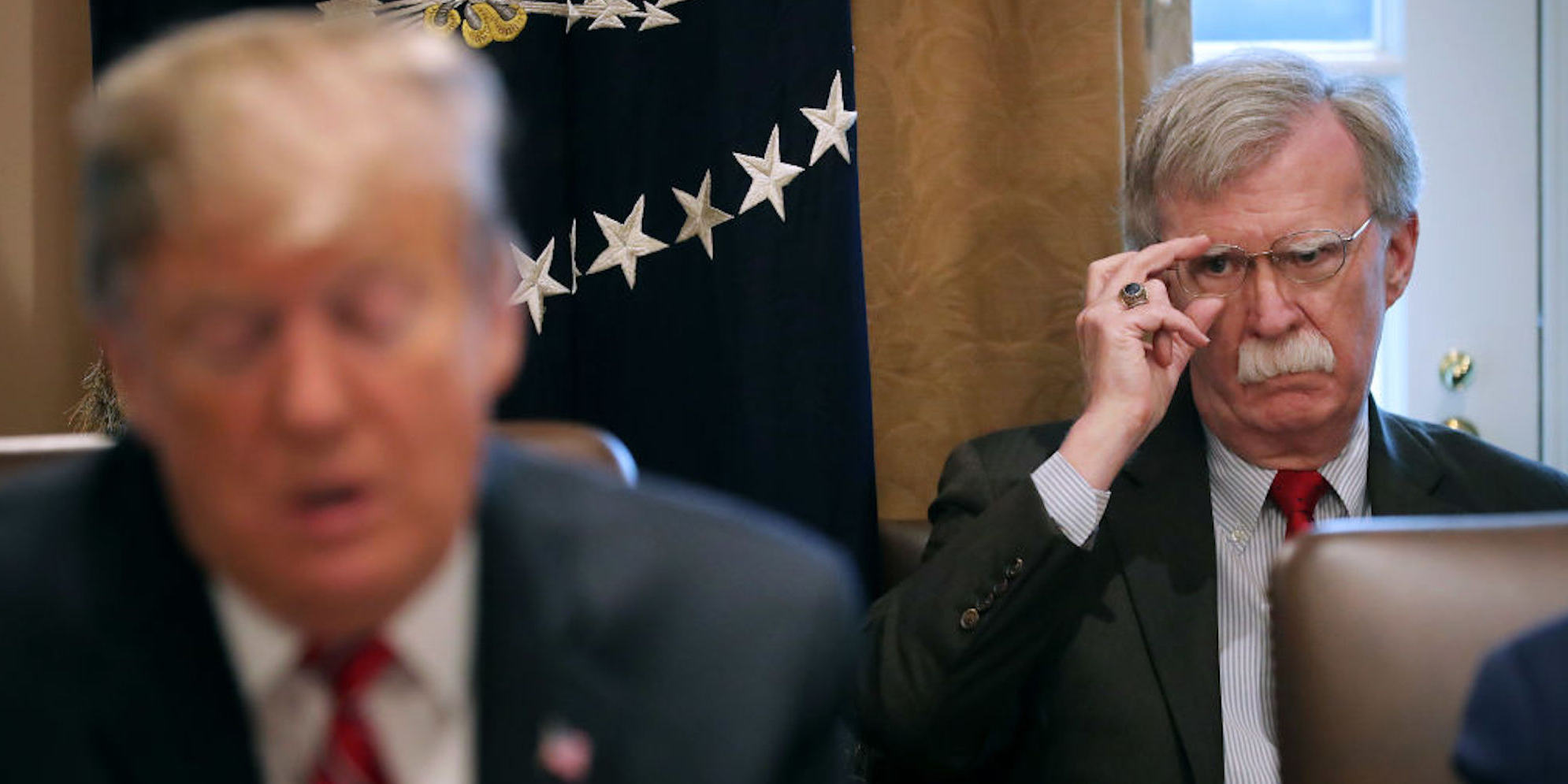 National Security Advisor John Bolton (R) listens to U.S. President Donald Trump talk to reporters during a meeting of his cabinet in the Cabinet Room at the White House February 12, 2019 in Washington, DC.

The book is still under review by the National Security Council but has an anticipated release date of March 17, 2020.

In these exchanges, Trump called Bolton “a traitor” and said that all the conversations they had were classified.

The National Security Council previously sent a letter to Bolton’s lawyer, saying that the manuscript for the book, “The Room Where It Happened: A White House Memoir,” had top level classified information in it.