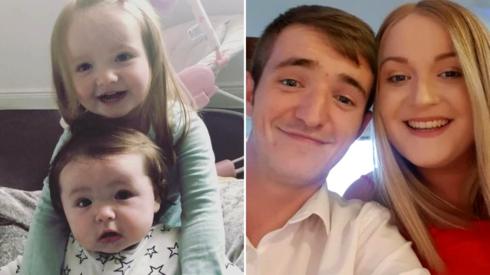 Highlands death crash family 'had so much to look forward to'

Rhys and Gemma Cousin's family said the couple were devoted to their children Peyton, three, and Heidi, one

A couple who died in a crash in the Highlands along with their two young children have been described as being "totally devoted" to their girls.

Gemma Cousin, 26, her husband Rhys, 25, and their daughters Peyton, three, and Heidi, one, were killed in a collision with another car on Thursday.