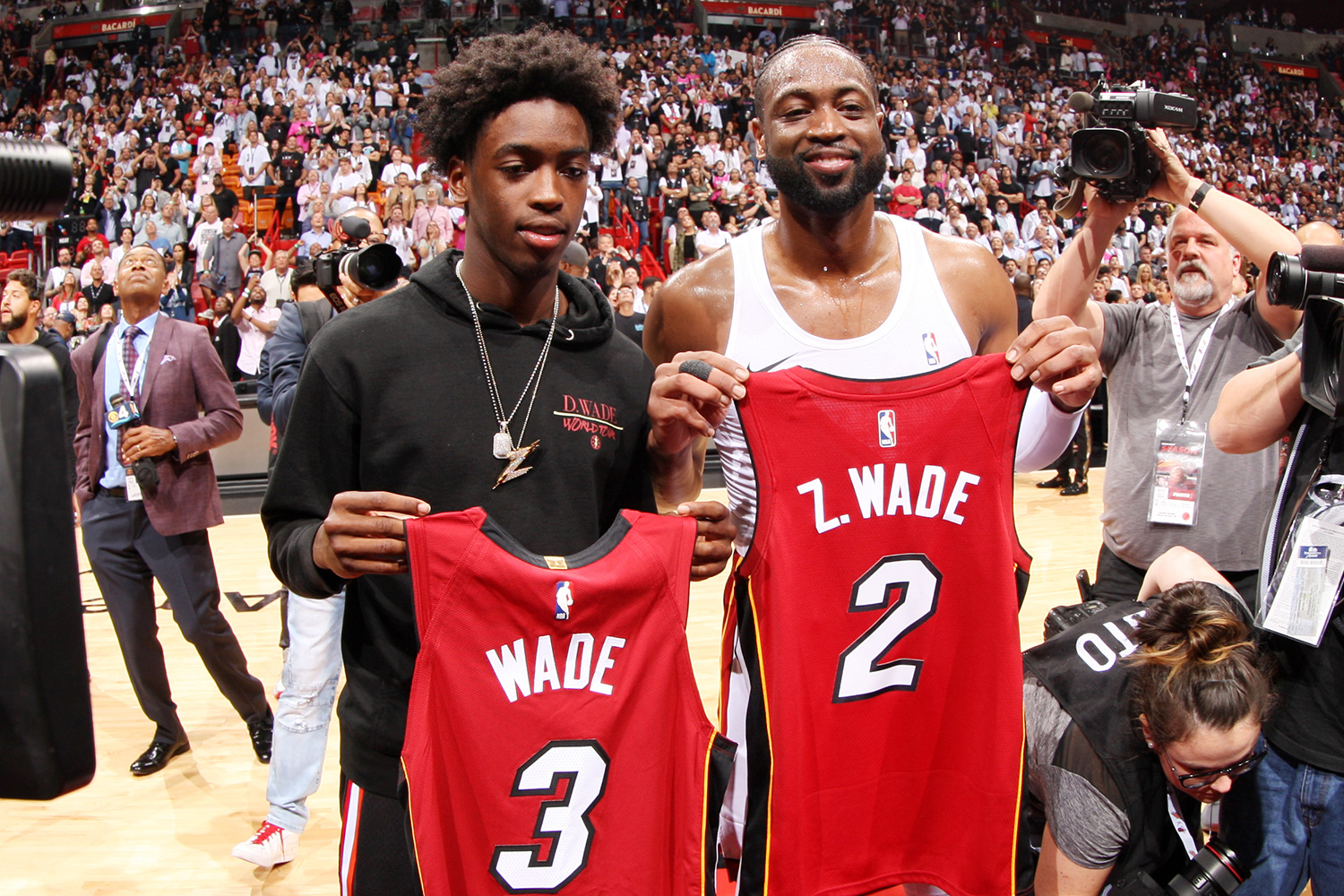 Dwyane Wade Is 'Not Taking a Backseat' in Son Zaire's Basketball Career: 'I'm Trying to Help Him'

Dwyane Wade will do whatever he can to help his kids accomplish their dreams.

In an exclusive interview with PEOPLE, the former Miami Heat player opened up about his son Zaire and the 18-year-old’s dream of following in his dad’s footsteps by making it to the NBA.

The father of four — who is also the legal guardian of nephew Dahveon Morris, 18 — says that when it comes to Zaire’s goals, he is a hands-on dad.