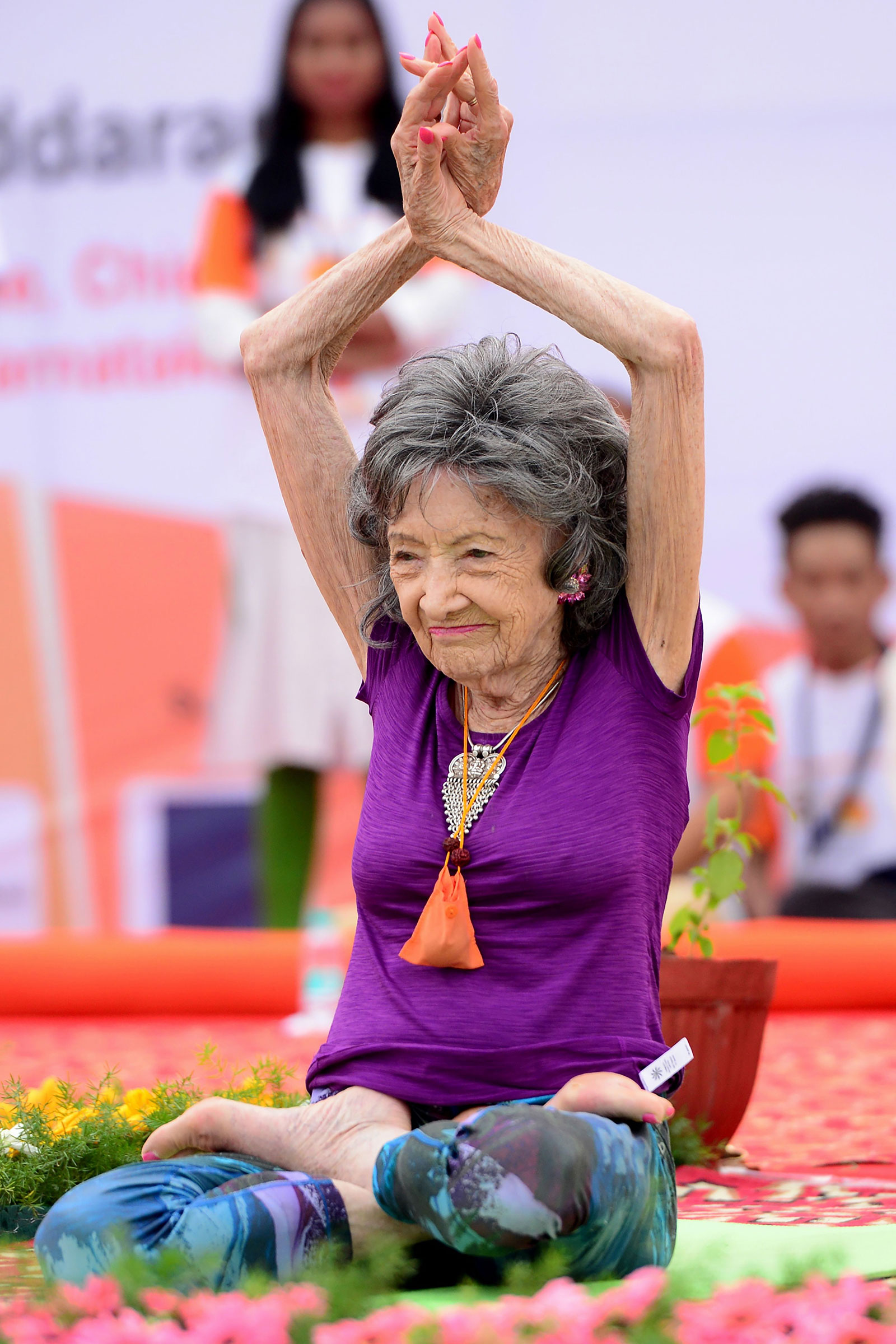 World's Oldest Yoga Teacher Dies at 101: 'She Is Now Dancing Her Way to the Next Planet'

Tao Porchon-Lynch, the world’s oldest yoga teacher, has died. She was 101.

The French and Indian yoga master died on Friday morning, according to an announcement on her Instagram page.

“With great sorrow and heavy hearts, we are writing to let you know that our beloved Tao passed away this morning,” read the caption alongside a photo of Porchon-Lynch basking in the sun. “As she would say, she is now dancing her way to the next planet.”