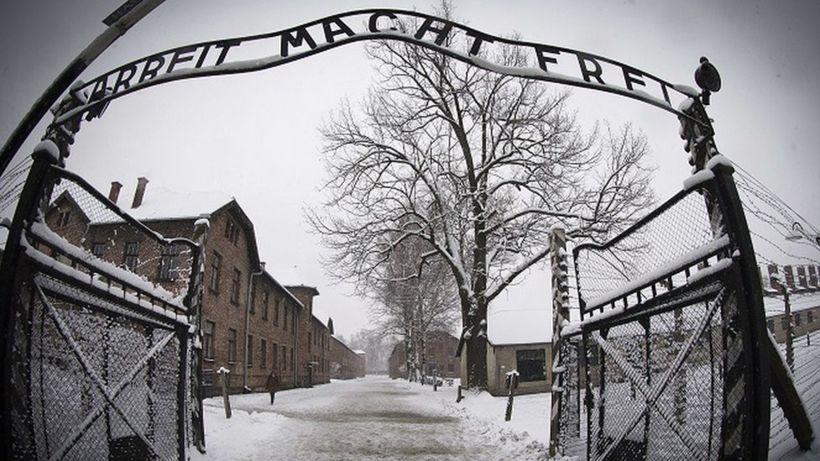 Some 1.1 million people were killed by the Nazis at Auschwitz

Several Jewish groups have criticised Amazon for fictitious depictions of the Holocaust in its new series Hunters.

The online retail giant has also been denounced for allowing the sale of anti-Semitic propaganda books.

Amazon did respond immediately to criticism of Hunters but told the BBC it was "listening to feedback" about controversial book sales.