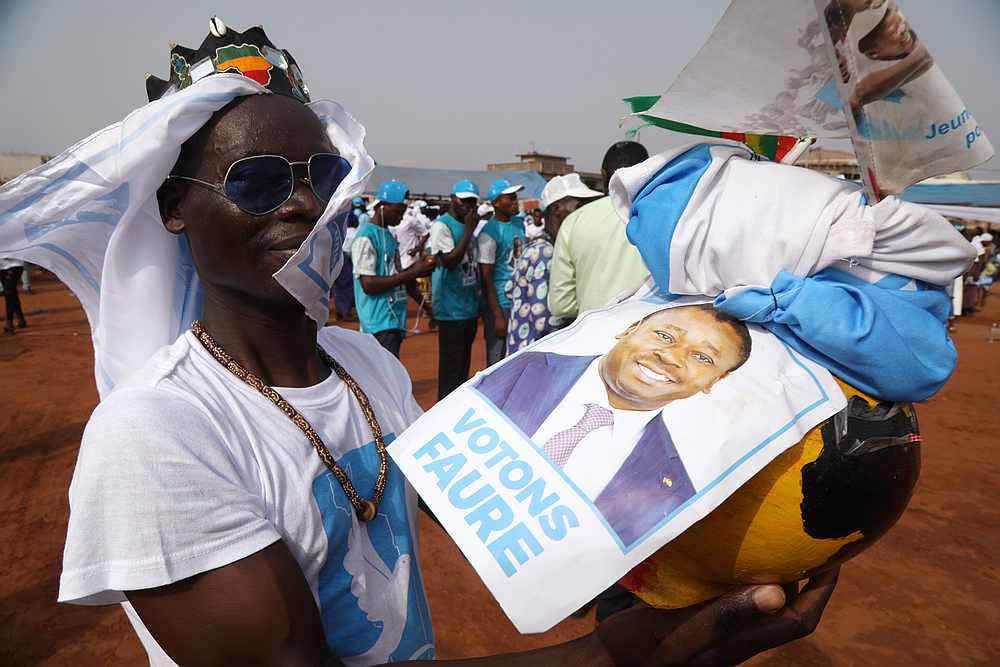 A supporter of president Faure Gnassingbe and presidential candidate of Unir (Union for the Republic) attends a rally in Lome, Togo February 20, 2020. — Reuters pic

LOME, Feb 24 — Togo's President Faure Gnassingbe has won re-election with 72 per cent of the vote, according to preliminary results from the electoral commission today, extending his 15-year rule and a family dynasty that began when his father took power in a 1967 coup.