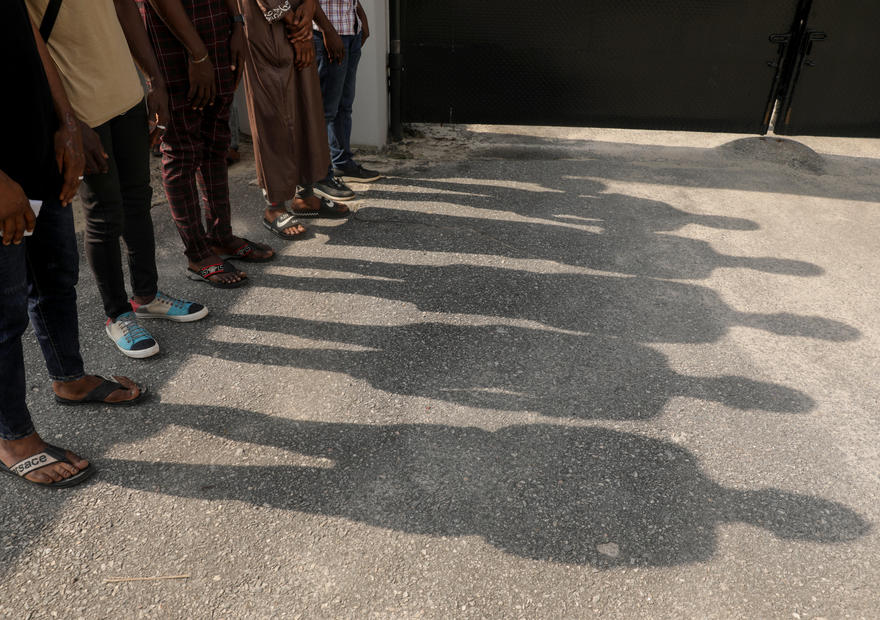 LAGOS, Nigeria - The 57 men stumbled out of the back of a dark police truck into the glare of a sunny courtyard and a phalanx of cameras. Some clutched another's hand, as if for comfort. They lined up on wooden benches in the dirt, almost all of them trying to hide their faces, and not succeeding.

Standing behind a bank of microphones, the Lagos state police commissioner, Imohimi Edgal, told the gathered journalists that he personally had ordered the raid that swept up the men after the authorities received a tipoff that young men were being initiated into a "homosexual club."