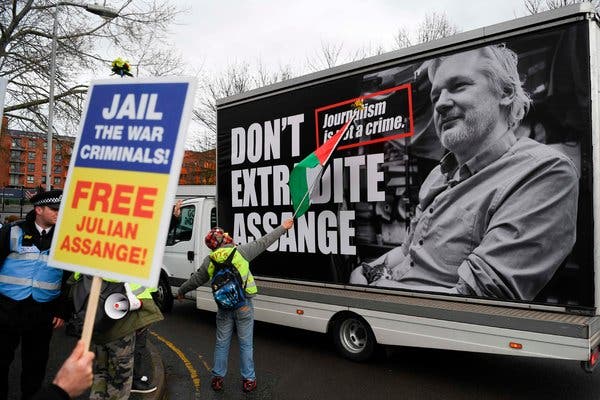 Julian Assange Faces Hearing on Extradition to the U.S.

LONDON — The United States government began laying out its extradition case against Julian Assange, the WikiLeaks founder, in court on Monday by arguing that he had put lives at risk and was no better than an “ordinary” criminal.

“Reporting or journalism is not an excuse for criminal activities or a license to break ordinary criminal laws,” James Lewis, a lawyer representing the U.S. government, told the court.