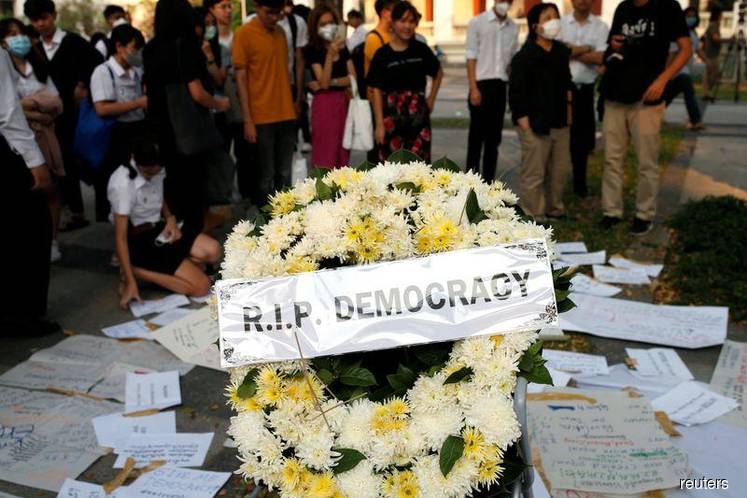 BANGKOK (Feb 24): Hundreds of Thai students protested on Monday against the dissolution of a popular opposition party, as Prime Minister Prayuth Chan-ocha and five cabinet ministers faced the first day of a censure debate in parliament.

Tension has been rising since Friday, when the Constitutional Court dissolved the Future Forward Party — the third largest party in parliament and a vocal critic of the military establishment — for taking loans from its founder.