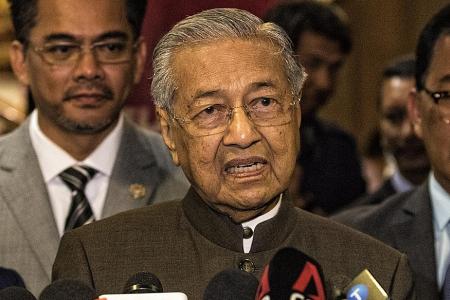 KUALA LUMPUR: Dr Mahathir Mohamad stepped down as Malaysian prime minister yesterday in a shock move that could set into motion a chain of events to change the country's political landscape.

After accepting his resignation, the Malaysian King, Sultan Abdullah Ri'ayatuddin, made the 94-year-old leader interim prime minister until a new prime minister and Cabinet are appointed.

Dr Mahathir, who also resigned as Parti Pribumi Bersatu Malaysia (PPBM) chairman, is now a leader without a party or a parliamentary majority after a day of dramatic developments.