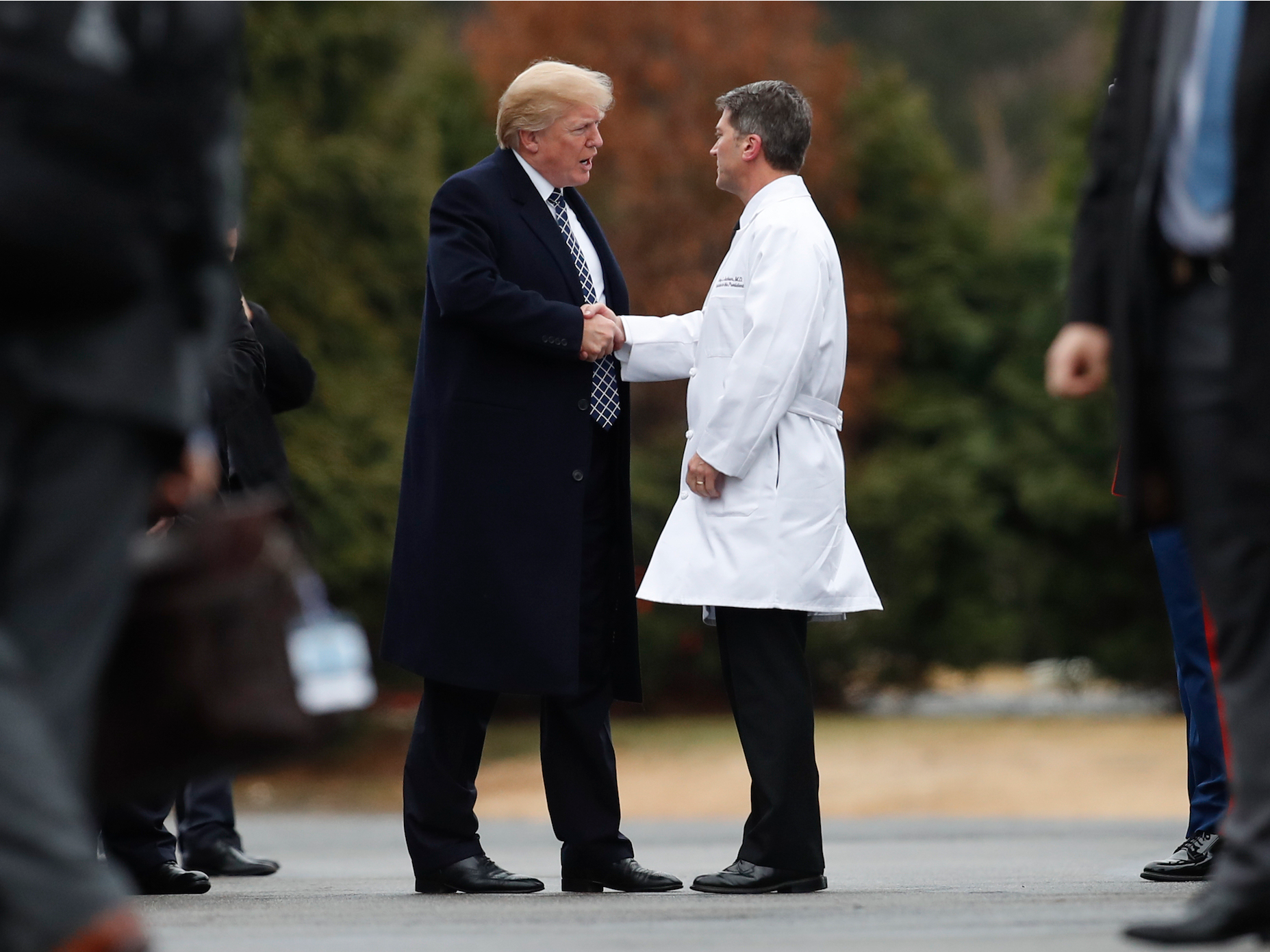 U.S President Donald Trump presents fast food to be served to the Clemson Tigers football team to celebrate their Championship at the White House on January 14, 2019 in Washington, DC.

President Donald Trump’s aversion to vegetables and love of junk food is well known, and former White House physician has described his attempt to introduce more healthy eating into the president’s diet.

“We were making the ice cream less accessible, we were putting cauliflower into the mashed potatoes,” Dr. Ronny Jackson told .

Trump was found to be clinically obese in his physical exam last year, weighing in at 243 pounds.

Jackson, who is currently campaigning to be elected representative of Texas’ 13th congressional district, told The Times that before the leaving the role as Trump’s physician, he had been determined to cut the president’s weight by 10 to 15 pounds, possibly by introducing an exercise bike.