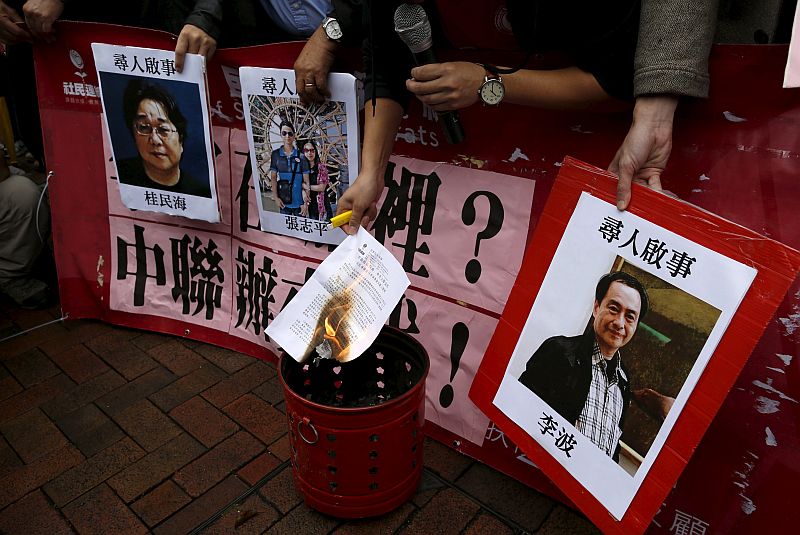 Awesome promotion deals for foodies!
Beijing 101 has many positions looking to be filled! Apply now!

A pro-democracy demonstrator burns a letter next to pictures of (from left) Gui Minhai, Cheung Jiping, and Lee Bo during a protest to call for an investigation behind their disappearance in Hong Kong, China January 3, 2016. — Reuters pic

STOCKHOLM, Feb 25 — Sweden’s foreign ministry today summoned China’s ambassador to Sweden to demand the release Chinese-born Swedish citizen Gui Minhai, a day after he was sentenced to 10 years in jail on charges of illegally providing intelligence to foreigners.