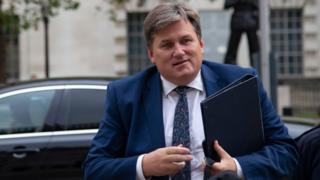 The UK government is holding a drugs summit in Glasgow to discuss measures to tackle the record number of deaths.

Almost 4,300 people died from drug misuse across the UK in 2018, a record figure, and the numbers for last year are expected to be just as high.

Deaths in England and Wales increased significantly but the rate remains much lower than in Scotland.

It accounted for more than a quarter of UK drug deaths, which was far higher than its share of the population.