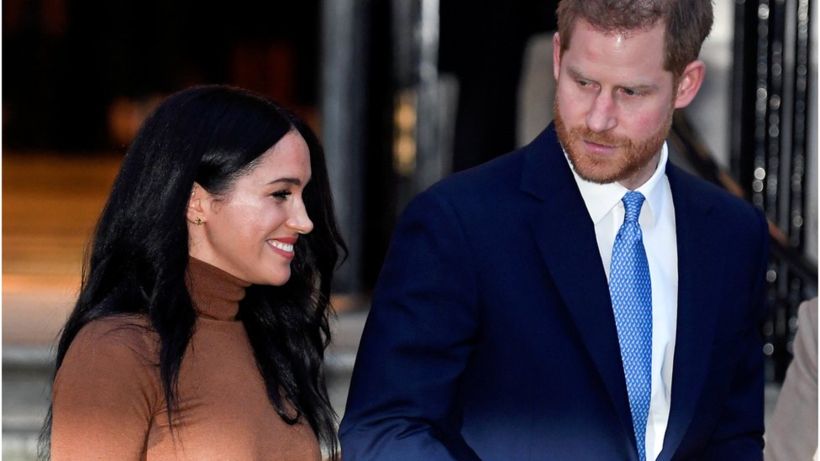 Canada will soon stop providing security for the Duke and Duchess of Sussex, the federal government has confirmed.

Royal Canadian Mounted Police (RCMP) have been providing assistance to the couple since their arrival in Canada "intermittently since November 2019".

It had not been clear whether Canadians would be paying for their security following their move.

The couple will formally step down as senior royals from 31 March.

They will no longer carry out duties on behalf of the Queen but arrangements will be reviewed after 12 months.

They have indicated that they will split their time between the UK and North America.

RCMP has been providing security to the couple at the request of the Metropolitan Police.

"The Duke and Duchess of Sussex choosing to re-locate to Canada on a part-time basis presented our government with a unique and unprecedented set of circumstances," said Canada's federal Public Safety Minister Bill Blair in a statement on Thursday.

"The RCMP has been engaged with officials in the UK from the very beginning regarding security considerations. As the duke and duchess are currently recognised as Internationally Protected Persons, Canada has an obligation to provide security assistance on an as needed basis."