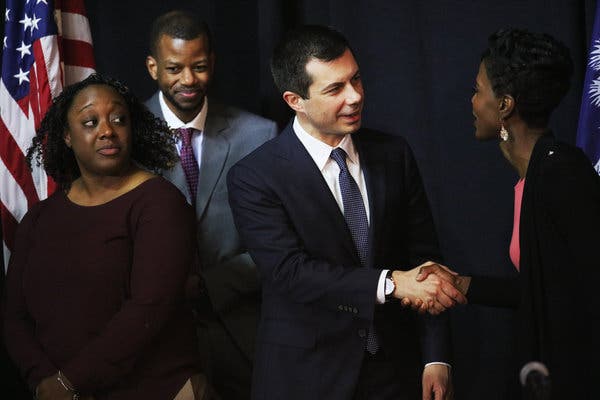 For Buttigieg, a Search for Black Support That Never Arrived

SUMTER, S.C. — In October, Pete Buttigieg said he would do better with South Carolina’s black voters once they got to know him better.

When he came back in December, he was still working on introducing himself to the black electorate.

And in late January he admitted he was scared that at his rallies in South Carolina, where 60 percent of the Democratic electorate is black, most attendees were white.

Those fears were borne out on Saturday, when Mr. Buttigieg was trounced in South Carolina’s primary and earned just two percent of the vote from African-Americans, according to early exit polling.

What support he received came mostly from young black voters; he appeared to have barely any votes from African-Americans who are 60 and older, according to the exit polling. Black voters decisively backed former Vice President Joseph R. Biden Jr., who won the primary; Senator Bernie Sanders and the hedge fund billionaire Tom Steyer drew low double-digit support from African-Americans.

The showing dispelled the argument that the former mayor of South Bend, Ind., made for months when asked about his dismal showing in polls of black voters — that winning performances among white Democrats in Iowa and New Hampshire would give a more diverse set of voters permission to believe in a 38-year-old most of them had never heard of a year ago.