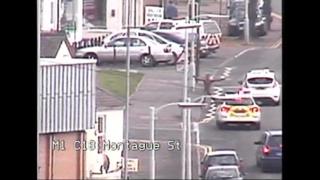 A mentally ill man died from dehydration, malnutrition and hypothermia "in plain sight" at an immigration centre, an inquest found.

Prince Kwabena Fosu's death at 31 was partly due to "gross failure" by agencies at the centre, the jury said.