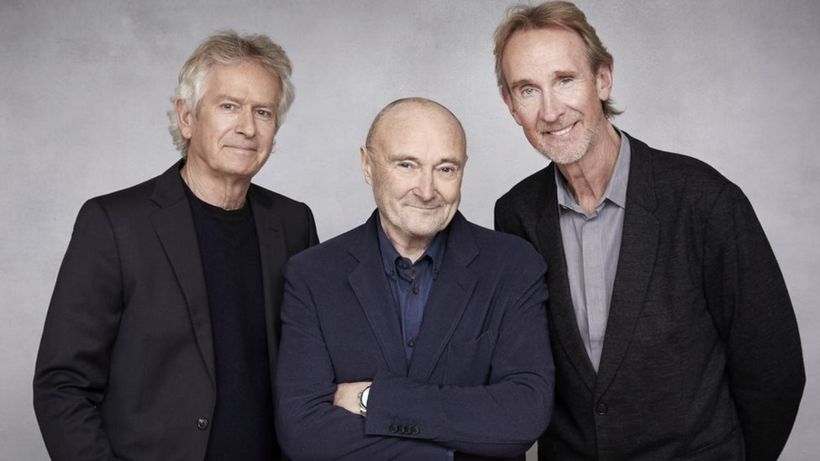 Rock band Genesis have reformed for a tour, 13 years after last performing together.

"I think it's a natural moment," said Banks. "We're all good friends, we're all above grass and... here we are."

The veteran band, whose hits include Land of Confusion and I Can't Dance, will kick off their Last Domino? tour in Dublin on 16 November.

They will also play shows in Liverpool, Leeds, Birmingham, Belfast, Manchester, Newcastle and Glasgow, as well as two nights at London's O2 Arena.

The trio will be joined by Collins' 18-year-old son Nicholas on drums and Daryl Stuermer on guitar and bass.

Founding member Peter Gabriel, who left the group in 1975, will not be taking part. Guitarist Steve Hackett will also miss the shows.

Banks, Collins and Rutherford pictured in 1987

"I'm looking forward to doing it," said guitarist Rutherford. "I worked it out and we've only done two shows in the UK in the last 28 years, so we haven't over-worked it."