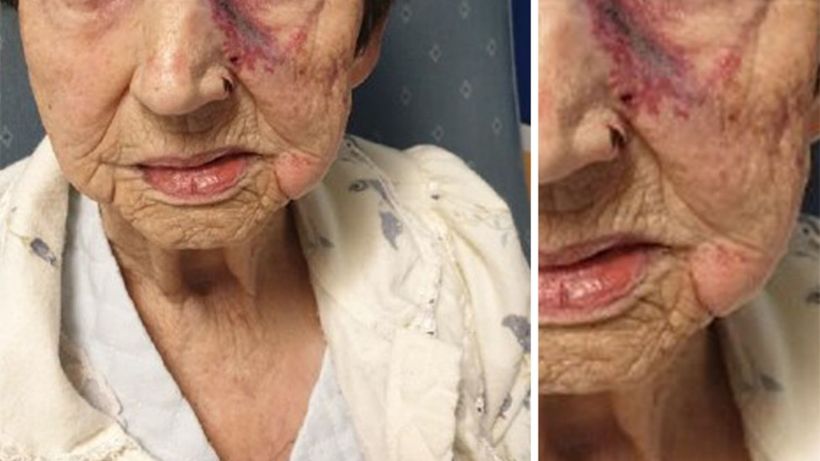 A 93-year-old woman was battered in her own home by masked burglars described as "scum" by police.

The victim was left with a black eye and taken to hospital after the "horrendous" break-in in Liverpool in the early hours of Wednesday.

Chief Constable Andy Cooke said: "Please help us catch the scum who did this."

One of the burglars had put his hand over the woman's mouth in her bed to prevent her from speaking, police said.

Cash was also stolen from the home.

Tweeting about the incident, Mr Cooke said: "Don't give me any of that no grass culture nonsense.

"This is a 93-year-old woman in her own house who should be afforded respect and dignity. Someone knows who did this."