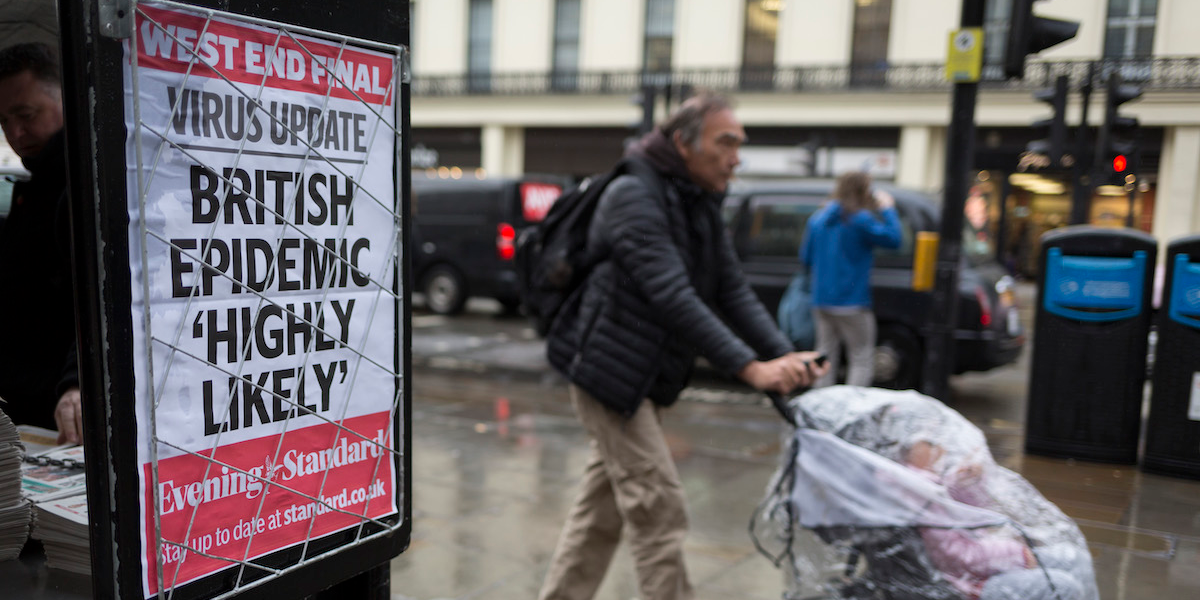 The UK Parliament could be shut down for five months as the novel coronavirus rapidly spreads across the country.

Parliamentary authorities fear that British members of Parliament could act as “super-spreaders” because of their widespread travel across the country.

Thirty-six new coronavirus cases were confirmed in the UK on Wednesday, the biggest daily jump since the virus arrived in the country, taking the total number of infected patients to 87.

Britain’s chief medical officer has said an epidemic in the UK has become highly likely, with deaths from COVID-19 expected.

The UK Parliament could be shut down for five months to stop British lawmakers from becoming “super-spreaders” of the novel coronavirus.

As major firms begin to shut down offices, parliamentary authorities are drawing up plans that would see the House of Lords and the House of Commons suspended after Parliament’s scheduled Easter break, The Times reported Thursday.