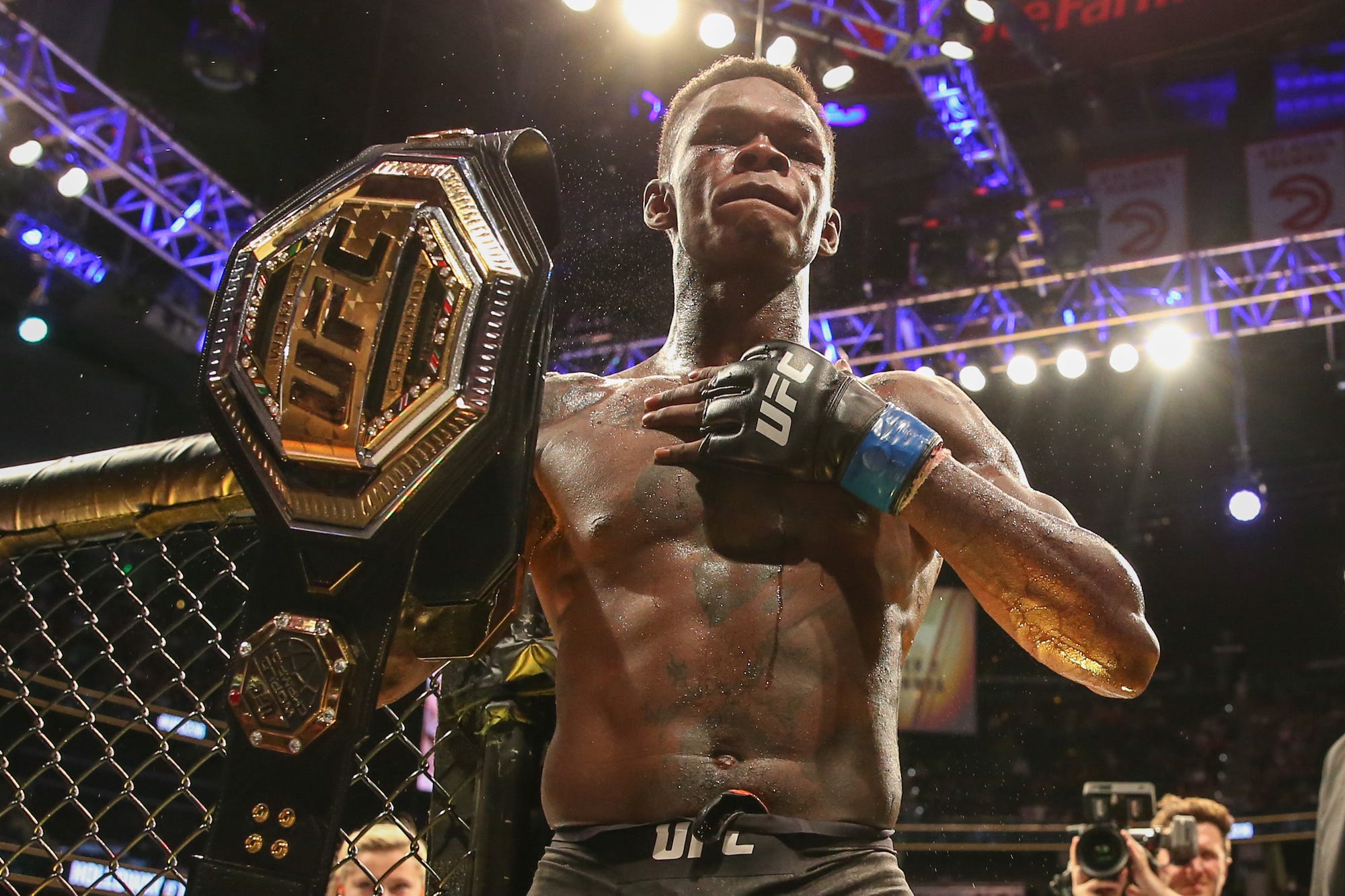 Israel Adesanya, a flashy kickboxer about to make his first title defense is the UFC’s most exciting champion since Conor McGregor

The UFC may well have another Conor McGregor-type superstar in its roster.

The 6-foot-4 kickboxer Israel Adesanya became a UFC champion in 2019, only one year after making his debut with the world’s premier mixed martial arts organization.

It prompted a prominent MMA reporter at ESPN to say that his rise to the top was similar to that of McGregor.

“Everything is in place for him to become one of the biggest stars this sport has ever seen,” Ariel Helwani said.

Adesanya has been tipped to continue that meteoric rise in his fight this weekend, when he takes on the intimidating, muscular middleweight Yoel Romero at UFC 248 in Las Vegas.

A flashy kickboxer on a Conor McGregor-esque trajectory in the UFC has been tipped to continue his ass-kicking form this weekend.

He’s an unbeaten athlete with a superstar’s aura, with a heavy-hitting and fan-friendly fighting style, and a self-belief which the UFC has perhaps not seen since McGregor lit up the featherweight and lightweight divisions in the middle of the last decade.