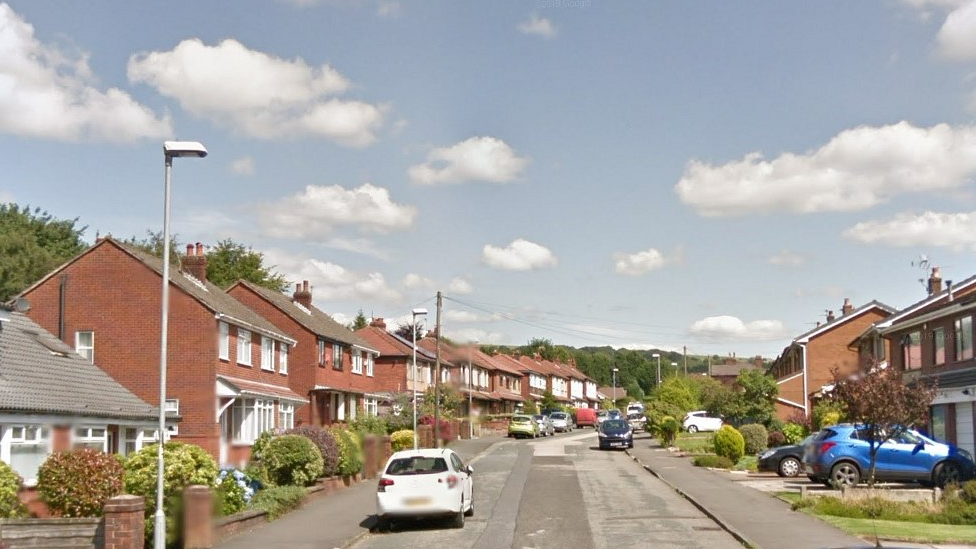 The woman was found injured in Alexandra Road in Bolton

Two men, aged 72 and 73, have been arrested on suspicion of murdering a woman who was found dead at her home.

Police were called to reports the woman in her 40s had been seriously injured at the property in Alexandra Road, Bolton, at about 22:00 BST on Friday.

She was pronounced dead at the scene by paramedics. On arrival, police arrested the men who remain in custody for questioning.

A post-mortem examination is due to take place later.

Det Supt Howard Millington, from Greater Manchester Police, said: "Whilst we have made two arrests, it is important to stress that we are keeping an open mind about the circumstances of the woman's death and will work tirelessly to keep her family updated of any developments."