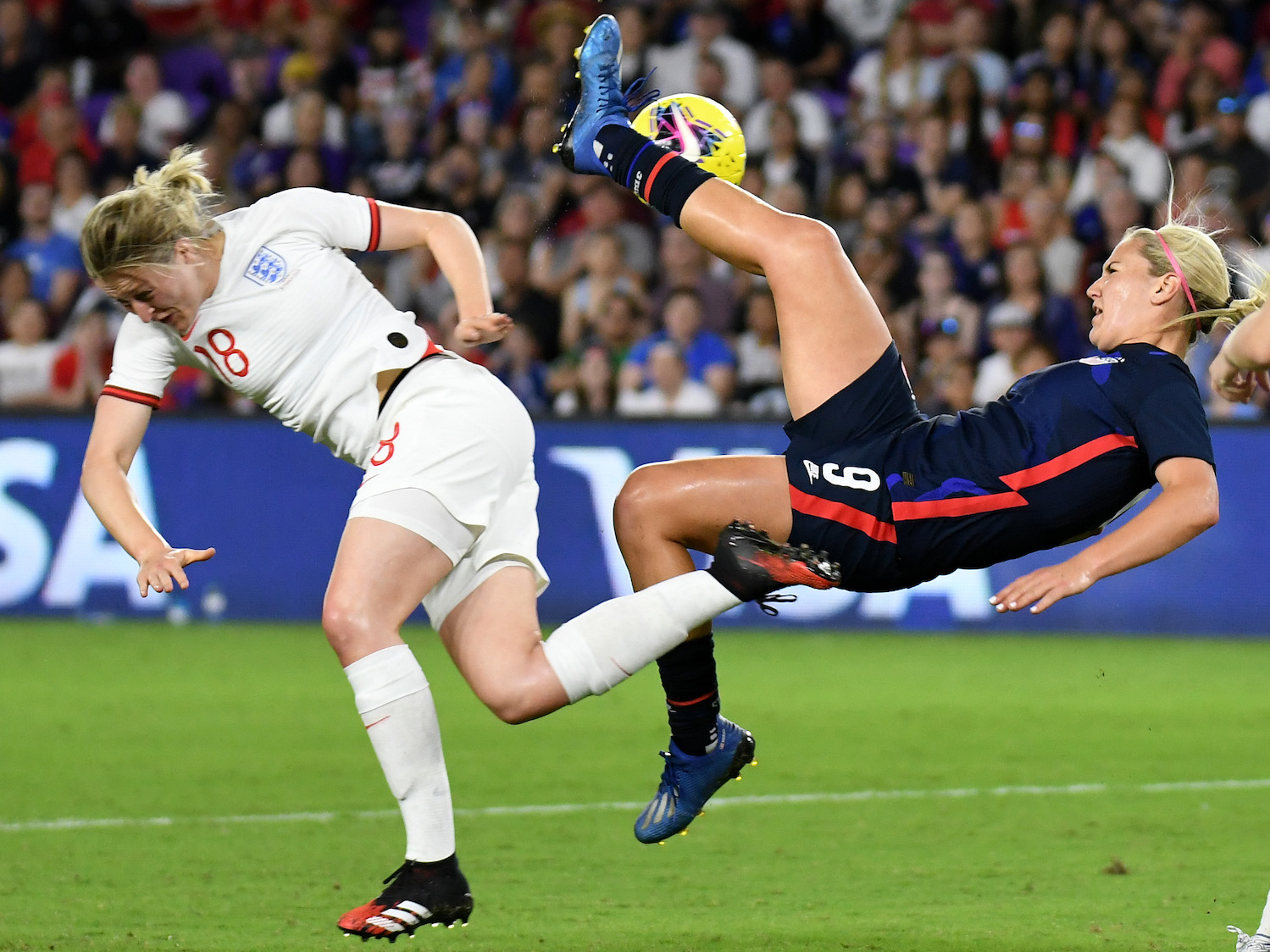 Nutmegs, hair pulling, and a spectacular golazo: the USWNT’s first big test before the 2020 Olympics had it all

The USWNT’s game against the England Lionesses brought all the action.

The US Women’s National Team faced its first big test in the lead-up to the 2020 Tokyo Olympics Thursday night.

Megan Rapinoe, Carli Lloyd, and the rest of the USWNT notched a 2-0 victory over the England Lionesses in their first of three games in the 2020 SheBelieves Cup.

Striker from outside the box to open the scoring in the 53rd minute of play.

Moments prior, England’s Georgia Stanway pulled American forward Tobin Heath down to the turf by her hair.

The game – which marked 100 caps for star midfielder Julie Ertz – also featured a devastating nutmeg from Kelley O’Hara, a beautiful left-footed goal from Lloyd, and many more highlights.

The US Women’s National Team extended their undefeated streak to 29 games Thursday in its first of three SheBelieves Cup games this week.

And, reader, this game had everything.

The USWNT’s 2-0 victory against the England Lionesses featured an early missed call in the box, an absolute golazo from striker Christen Press, a hair-pulling incident involving forward Tobin Heath, a beautiful, left-footed strike from Carli Lloyd, a redemption nutmeg for Kelley O’Hara, and a number of gorgeous saves from Alyssa Naeher.