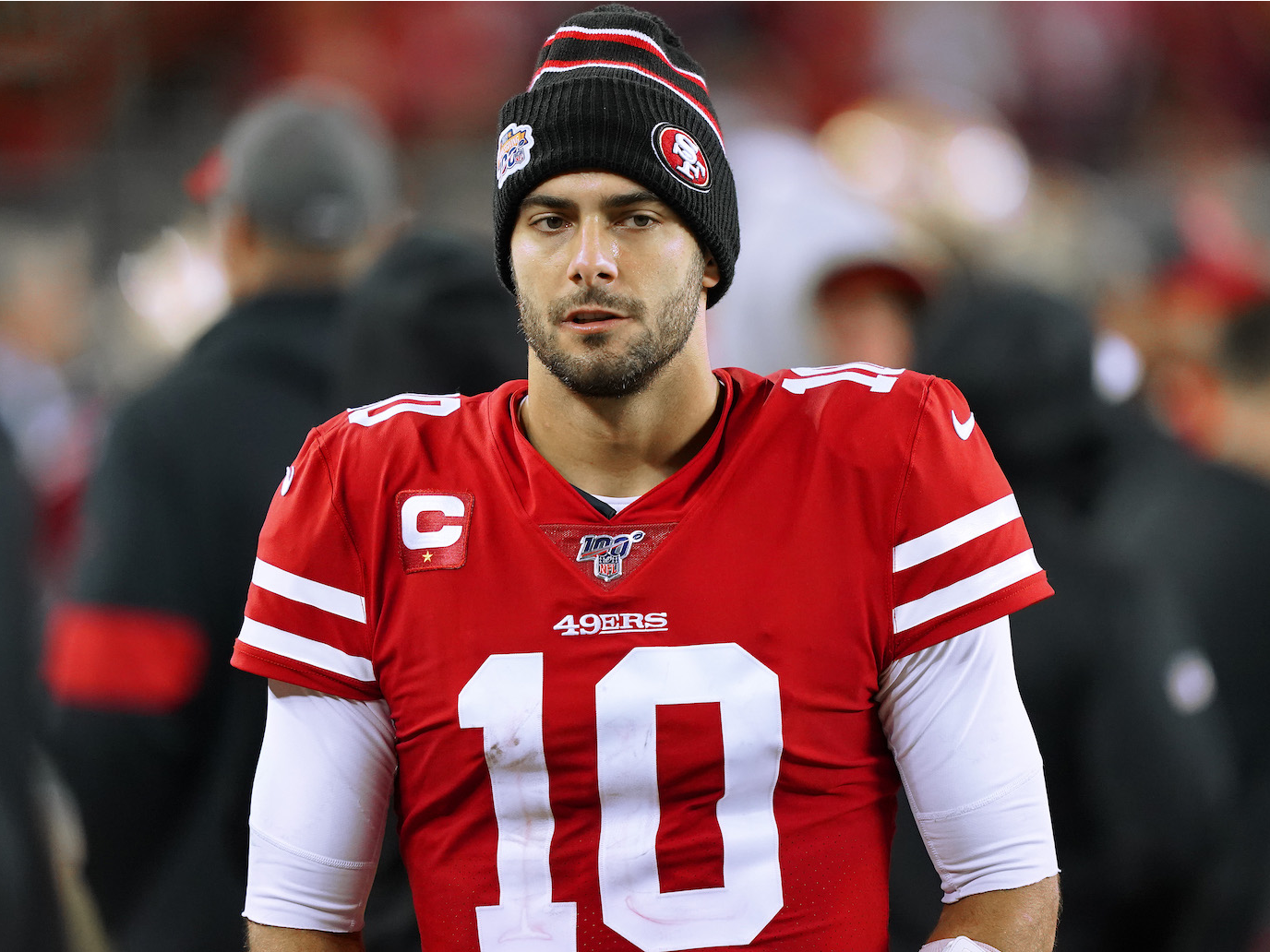 Rumors of Tom Brady joining the 49ers persist, but it all hinges on a huge factor — the Niners giving up on a 28-year-old QB for a 43-year-old

Rumors of Tom Brady joining the San Francisco 49ers in free agency this offseason have been gaining momentum.

While the move makes sense for Brady, as he is from the Bay Area and the Niners are title contenders, it requires the 49ers to give up on Jimmy Garoppolo, a much younger quarterback with more career ahead of him.

The 49ers would have to decide if the benefits of having Brady and a shorter title window are that much greater than Garoppolo and perhaps a longer timeline to continue building.

Tom Brady is set to become one of the most high-profile free agents in NFL history, and little is known about where he could land for the 2020 season.

One of the hotter rumors of late has been the possibility of Brady landing with the San Francisco 49ers, last year’s NFC Champions.

The rumors make sense on several levels: Brady grew up a 49ers fan in nearby San Mateo, California, and the team boasts an elite defense and talented young core on offense that would allow him to succeed right away. For Brady, the move makes a lot of sense.