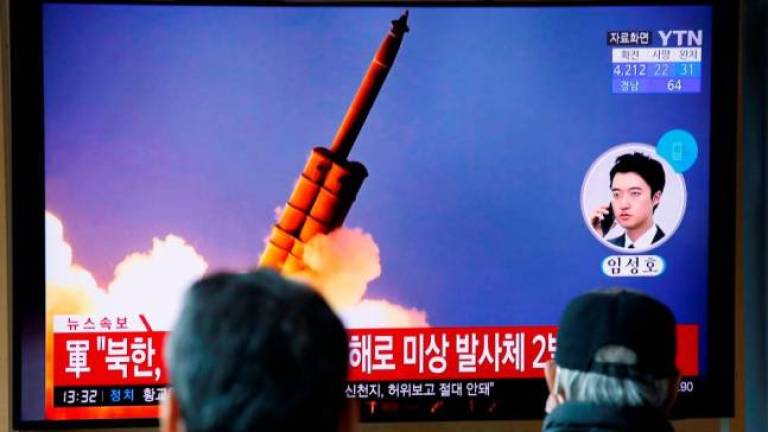 Three devices were fired eastwards over the sea from the Sondok area in South Hamgyong province, the South’s Joint Chiefs of Staff said in a statement.