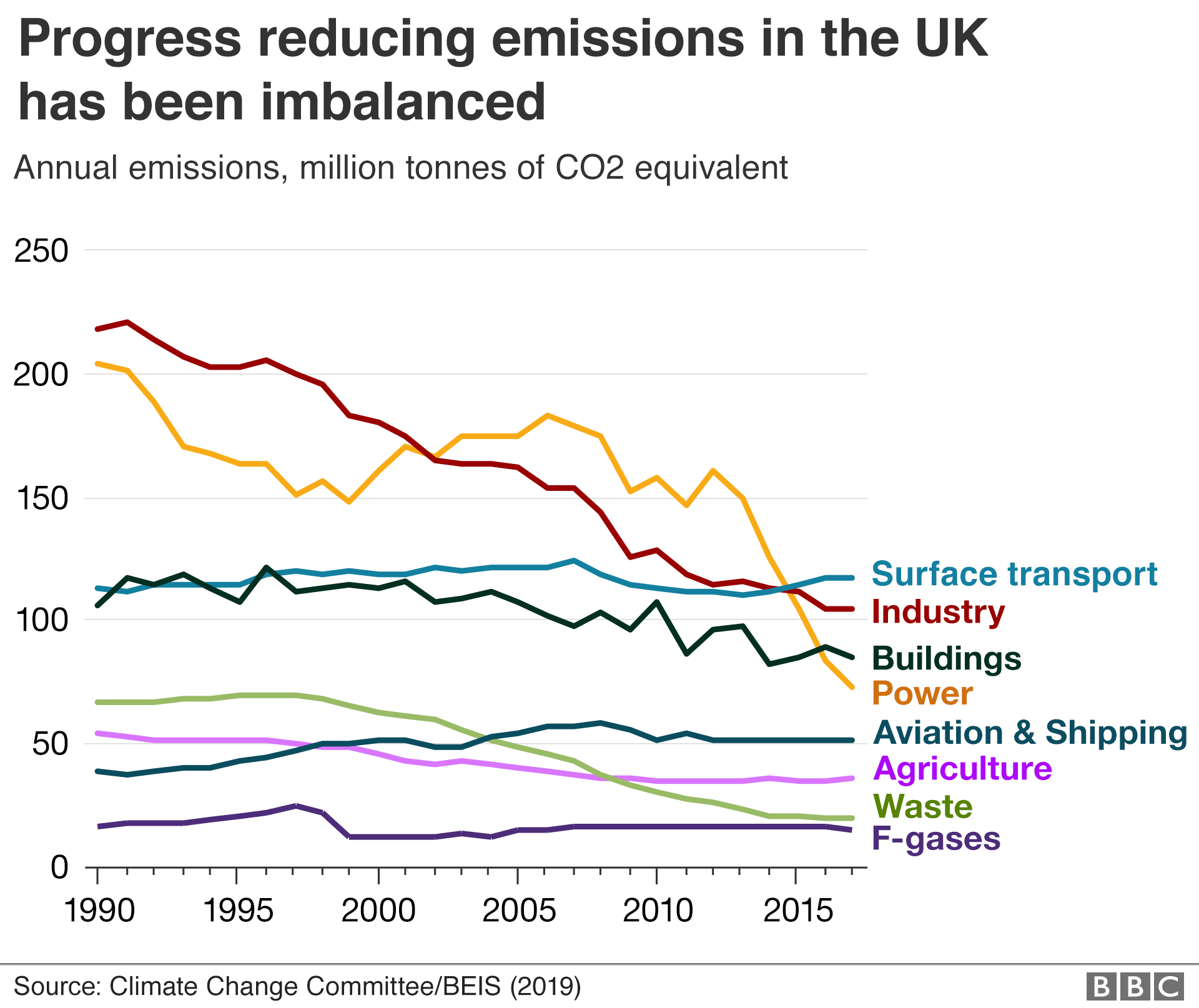 The report says people will need to fly less

But it warns that the British public do not look ready to take such steps and substantially change their lifestyle.

The report challenges the views of campaign group Extinction Rebellion.

It believes the UK target of climate neutrality by 2050 will result in harm to the climate.

The claim comes from the government-funded research group Energy Systems Catapult, whose computer models are used by the Committee on Climate Change, which advises government.

"Achieving net zero significantly earlier than 2050 in our modelling exceeds even our most speculative measures, with rates of change for power, heat and road transport that push against the bounds of plausibility."

But the authors offer some optimism too. They calculate that the UK can cut emissions fast enough to be climate neutral by 2050 – but only if ministers act much more quickly.