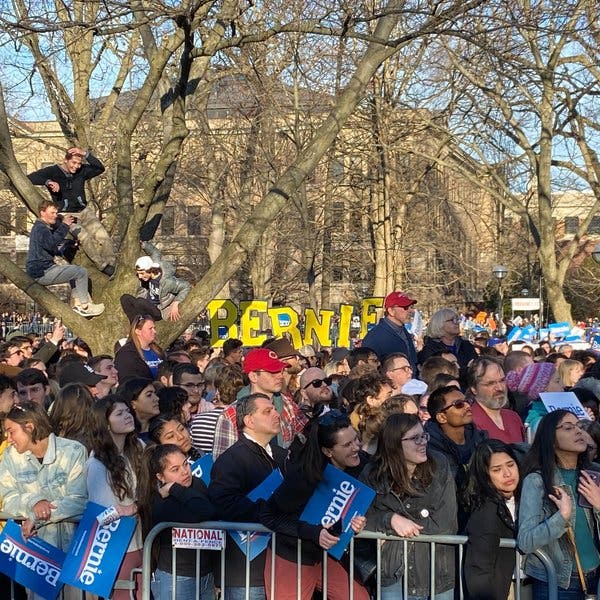 Where Sanders Is Falling Short

Hi. Welcome to On Politics, your guide to the day in national politics. I’m Lisa Lerer, your host.

Sign up here to get On Politics in your inbox every weekday.

It was clear in 2016, when he stumbled on issues of race and faced protests from Black Lives Matter activists.

It was clear after the Super Tuesday contests last week, when Joe Biden cruised to victory on the strength of his decisive margins among black voters in Virginia, North Carolina and other states.

And as the race moves to Michigan, Florida, Illinois and other delegate-rich, diverse states, it’s becoming even clearer that Mr. Sanders’s failure to win significant support with black voters could end up dooming his second primary bid.

As I traveled with the Sanders campaign across Michigan this past weekend, he drew huge crowds, as he often does. But they were overwhelmingly white.

Those demographics were stark in a state where black voters are expected to make up nearly a quarter of the Democratic primary electorate on Tuesday.

Clearly, the Sanders campaign wants to expand beyond its base. At seven rallies over three days, it showcased a diverse array of supporters, including Representative Alexandria Ocasio-Cortez of New York and the celebrity academic Cornel West.