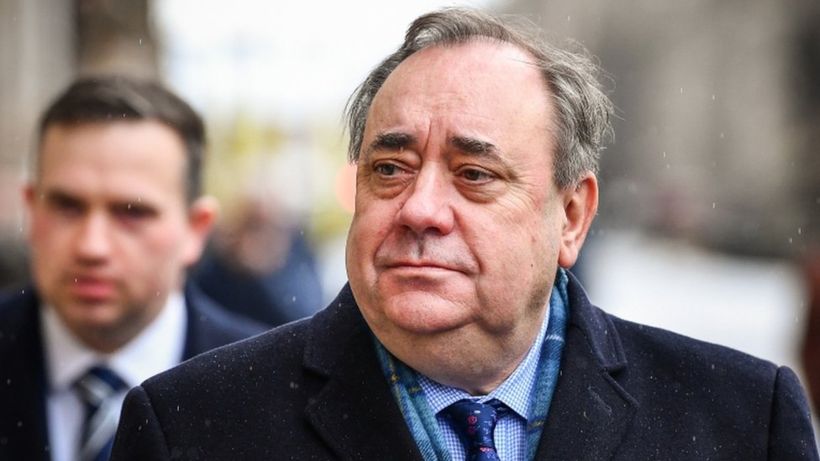 A former Scottish government official has denied ever having had a consensual sexual encounter with Alex Salmond.

Mr Salmond denies sexually assaulting the woman, known as Woman H, in May 2014 and attempting to rape her a month later.

Giving evidence for a third day at the High Court in Edinburgh, she said she had "never been a willing participant of Alex Salmond's advances towards me".

He says he is innocent of all the allegations against him, which it is claimed happened while he was serving as Scotland's first minister and the SNP leader.

Woman H has previously told the court that Mr Salmond "pounced on her" after a dinner at the first minister's official Bute House residence in June 2014.

She alleged that he pulled her clothes off, pushed her onto a bed and then lay naked on top of her despite her protests.

Woman H has previously denied suggestions by defence lawyer Shelagh McCall QC that she was not at the dinner in June 2014, and that there was no incident.

On Wednesday morning, Ms McCall put it to the witness that the dinner in question had actually been at Bute House in August 2013, and had led to a consensual sexual encounter with Mr Salmond.