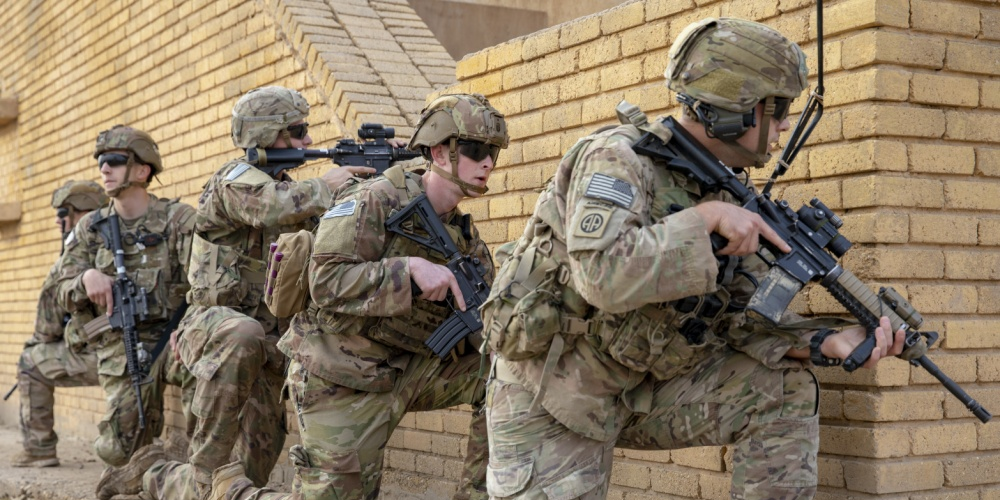 US Army paratroopers with the 82nd Airborne Division practice tactical movement during a base defense exercise at Camp Taji, Iraq, Jan. 19, 2020.

Camp Taji, an Iraqi base housing US and coalition troops, was struck by rockets on Wednesday, an Operation Inherent Resolve spokesman revealed.

OIR said in a follow-on statement that 18 107mm Katusha rockets struck the base, killing three coalition personnel and wounding 12 others. Among the deceased were reportedly two Americans and one British service member.

A US Central Command spokesperson told The Washington Post that five of the wounded were evacuated in serious condition.

More than a dozen rockets hammered a base in Iraq housing US and coalition forces Wednesday. Two US troops were killed in the attack, the Associated Press reported, citing a US official.