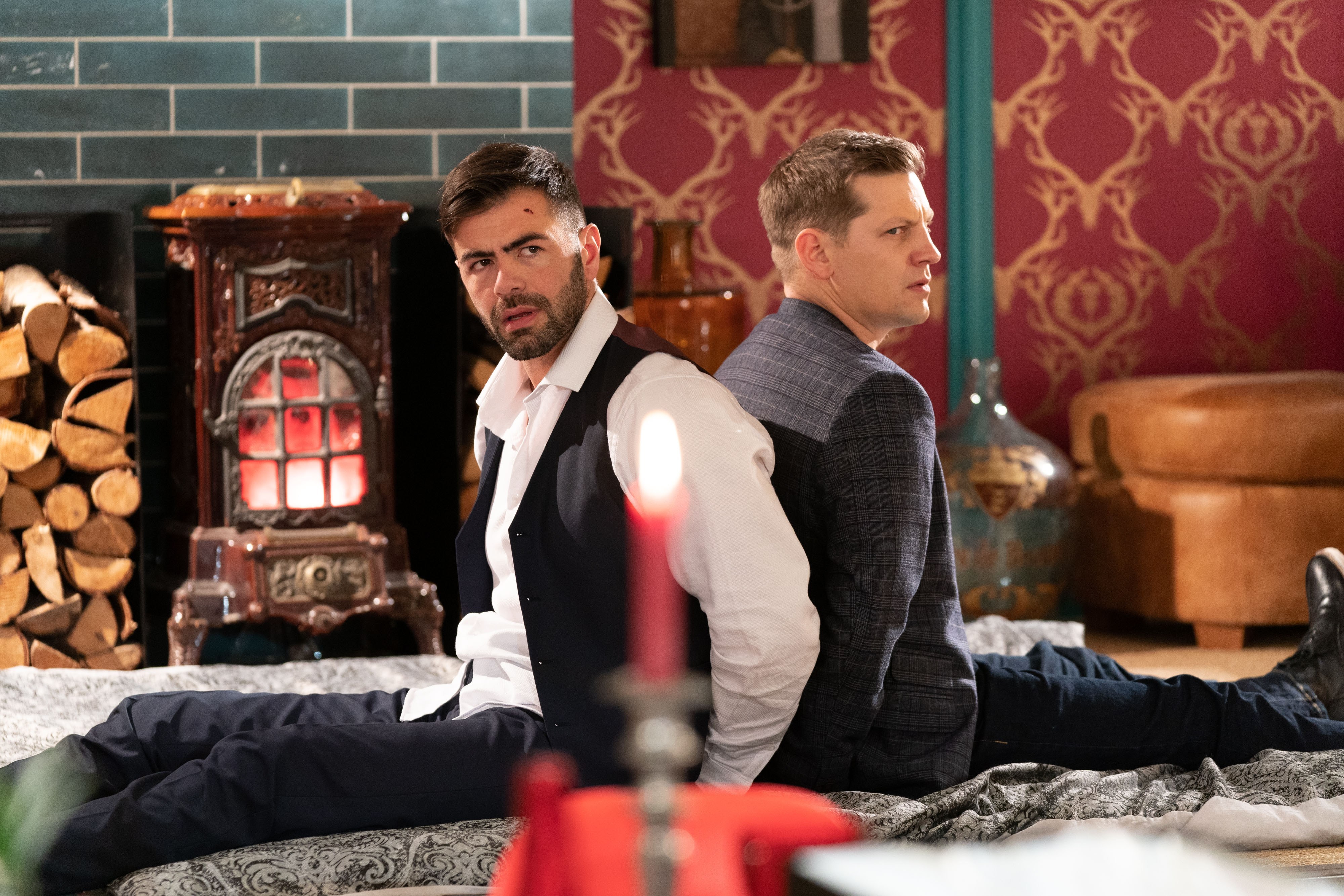 Liam Donovan’s (Jude Monk McGowan) craving for revenge in Hollyoaks has sent him down a dangerous path, and several of the soap’s mainstays are in extreme danger as a result, as — during last night’s episode — he kidnapped Sylver McQueen (David Tag) and John Paul McQueen (James Sutton), before taking several others hostage in preparation for his game-changing dinner party.