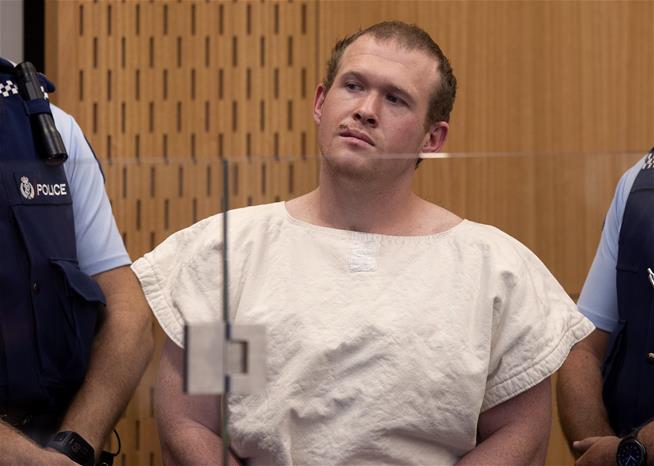 (Newser) – The man who committed the worst atrocity in New Zealand's modern history when he slaughtered 51 worshippers at two Christchurch mosques unexpectedly pleaded guilty to all charges Thursday. The attacks targeting people praying at the mosques a year ago shocked the nation and prompted new laws banning the deadliest types of semi-automatic weapons. It also prompted global changes to social media protocols after the gunman livestreamed his attack on Facebook. The sudden turn in the case, at a hastily arranged court hearing, took survivors and relatives by surprise, and brought relief to people across New Zealand, the APreports. Many had feared Australian white supremacist Brenton Harrison Tarrant would use his trial as a platform to promote his views. The trial was to begin in June. He previously had pleaded not guilty to all charges.