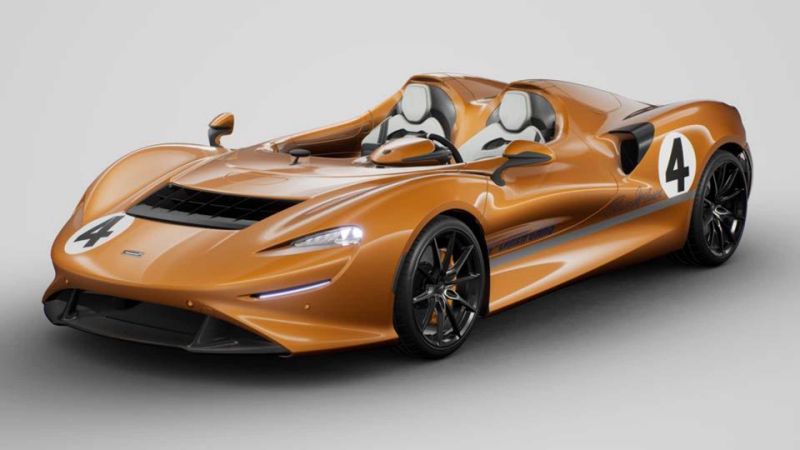 Daily necessities special offer: Free delivery to your doorstep!
Do you want a free iPhone Xs? Many other amazing prizes are waiting too!

The livery is inspired by the M6A race car that triumphed in the 1967 Can-Am season.

You could paint the McLaren Elva in the most boring colours out there and it would still look great from every possible angle. The retro-flavoured speedster with its sleek shape is unlike any other car from Woking before it, and while its appearance is futuristic, the windscreen-less supercar is actually a nod to the past. It takes after Bruce McLaren’s 1960s race cars, and this particular orange example is a tribute to the M6A developed for the 1967 season Canadian-American Challenge Series.