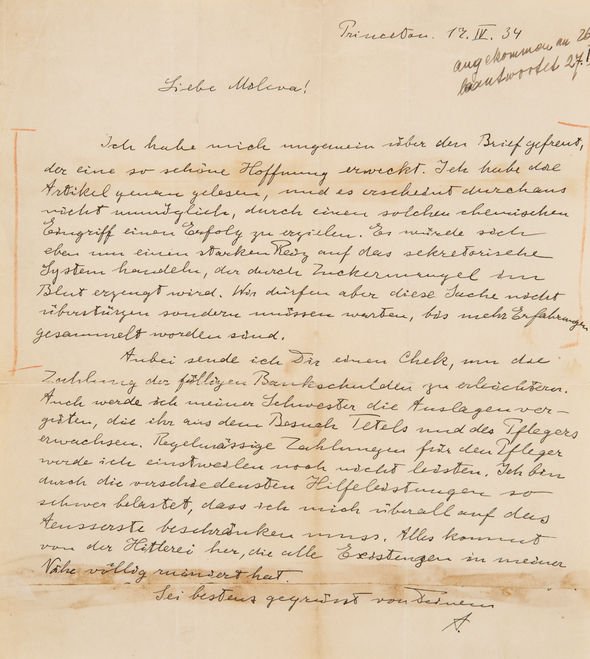 Albert Einstein was notoriously outspoken about the leader of the Third Reich after fleeing Nazi Germany for the US in 1933. He candidly wrote about the danger posed by Adolf Hitler, describing the dreadful impact it would have on the Jewish people and others deemed undesirable by the fascist party. Mr Einstein was among many Jews targeted by the Nazis, including in one magazine that listed him among enemies of the nation. Featured in the piece was the threat “not yet hanged” and a hefty bounty put on his head. Prior to this, the theoretical physicist’s books had been burned and Nazi propaganda had declared “Jewish intellectualism is dead”. Unearthed accounts from this horrifying time in history reveal the torment and hurt Mr Einstein felt in a hauntingly prophetic letter where he worried about what was yet to come.