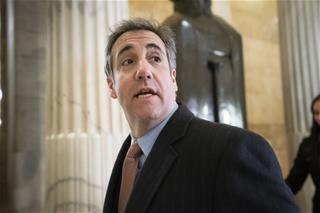 Michael Cohen to Be Released Thanks to Coronavirus

Want to buy a property? Free shuttle car, no agent fee!
Traveling abroad? Get this SIM card and use mobile data worry-free!

(Newser) – Michael Cohen, currently serving a three-year sentence related to "hush money" payments to Stormy Daniels and Karen McDougal, among other things, was scheduled to be released in November of next year. Instead, he'll be released any day now, thanks to the coronavirus pandemic. Cohen's lawyer and multiple other sources familiar with the matter confirm the news to CNN, saying Cohen, President Trump's former personal lawyer, was informed of the decision Thursday. It's not clear when he'll be released, but he'll have to spend 14 days in quarantine at prison first, and then he'll serve the rest of his sentence on house arrest. A federal judge had earlier denied his request for compassionate release, but the federal Bureau of Prisons also has the authority to release prisoners to home confinement.