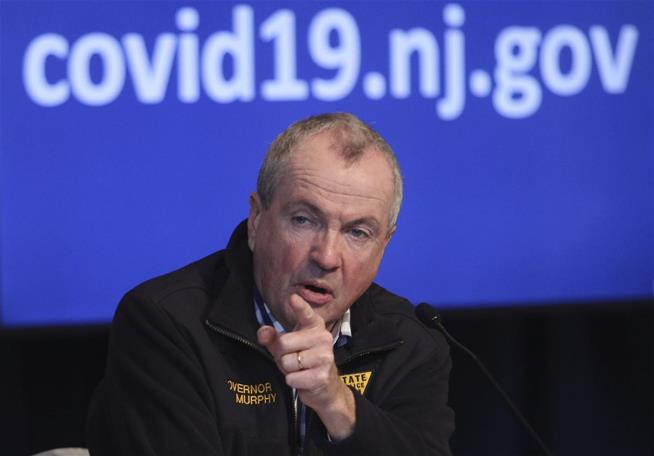 (Newser) – A New Jersey woman has been charged with violating the state's stay-at-home order in connection with a protest of the restriction. The demonstration took place Friday in Trenton while Gov. Phil Murphy was holding his daily press briefing on the pandemic. State police charged Kim Pagan of Toms River with violating the emergency order, NJ.com reports. Officials say Pagan organized the small gatherings, which took place in several places in the city, including outside the statehouse.