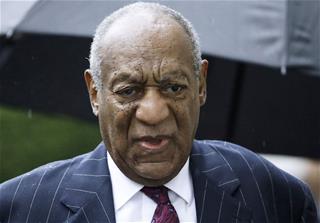 Awesome promotion deals for foodies!
Traveling abroad? Get this SIM card and use mobile data worry-free!

(Newser) – Bill Cosby is apparently hoping to be among the currently incarcerated set free amid the coronavirus pandemic, reports NBC News. The convicted sex offender's lawyer asked Pa. Gov. Tom Wolf for a compassionate release, saying that the 82-year-old has a litany of underlying medical issues that mean the virus would likely prove fatal should he contract it behind bars. "Mr. Cosby was not given a life sentence nor a death sentence," said lawyer Andrew Wyatt on Thursday. The possibility of Cosby contracting the virus is real: His prison, the State Correctional Institution Phoenix in Collegeville, has reported a total of 35 inmates and staff who've tested positive, with one fatality. 6ABC reports that Cosby was denied release because he's considered a violent offender. (Read more Bill Cosby stories.)