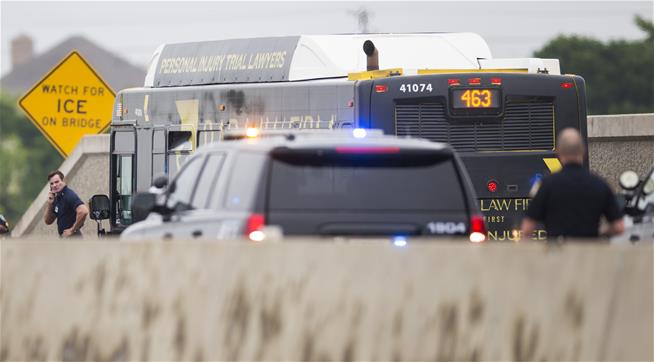 (Newser) – A man opened fire on a Dallas-area public bus on Sunday, hijacking it with two people aboard and leading officers on a chase that ended in a shootout in which the man was killed and three officers were wounded, according to police officials, the AP reports. A man got on the Dallas Area Rapid Transit bus in Richardson, just north of Dallas, at around 11am and opened fire, shattering windows, said Gordon Shattles, a DART spokesman. The man took the driver hostage and fired at DART officers who tried to stop the vehicle while police from other agencies joined the pursuit eastward along the President George Bush Turnpike, said Garland police officer Pedro Barineau.