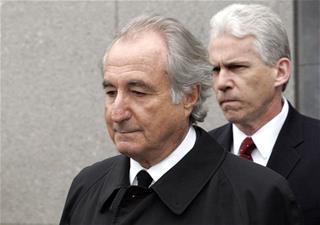 Madoff Victims to Receive Another Check

(Newser) – Another $378.5 million is on its way to victims of Bernie Madoff's Ponzi scheme. The Justice Department said Monday that this will be the fifth round of payments, from a government fund of forfeited money, that altogether will total more than $4 billion, NBCreports. More than 38,000 victims have received some of the $2.7 billion paid so far. The government said the fund has received more than 65,000 petitions for payment. "This office continues its efforts to seek justice for victims of history's largest Ponzi scheme," said the US attorney for the Southern District of New York.